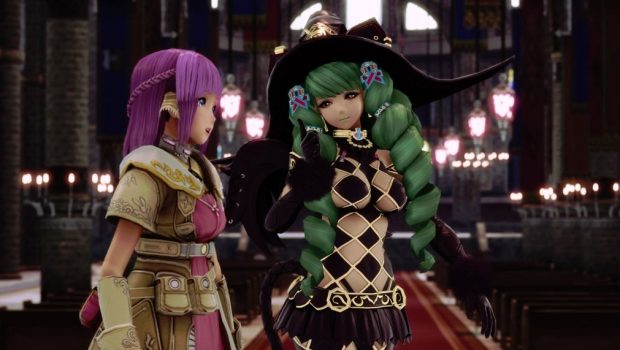 The swordsman Fidel Camuze and his childhood friend, Miki Sauvester, set out to protect their village from being swallowed in the tides of civil unrest. Together with a diverse group of companions, Fidel and Miki are tasked with protecting the Kingdom of Resulia while also being drawn into battle with outside forces. The all-new tale unfolds over seamless transitions between gameplay and dynamic cut scenes, adding a new layer of depth and immersion to storytelling in the series. STAR OCEAN: Integrity and Faithlessness offers modern and updated game mechanics and action sequences for a truly immersive gameplay experience.

Watch the STAR OCEAN®: Integrity and Faithlessness™ out now video at: https://youtu.be/8659LK_Qqs0

STAR OCEAN: Integrity and Faithlessness is available now exclusively for the PlayStation®4 computer entertainment system. A Limited Edition version of the game includes the game and Steelbook™, plus five in-game DLC and two battle BGM from VALKYRIE PROFILE Series, is available now priced at AUD$99.95 / NZD$109.99.

For more information on STAR OCEAN: Integrity and Faithlessness and its story and characters, please visit: http://staroceangame.com