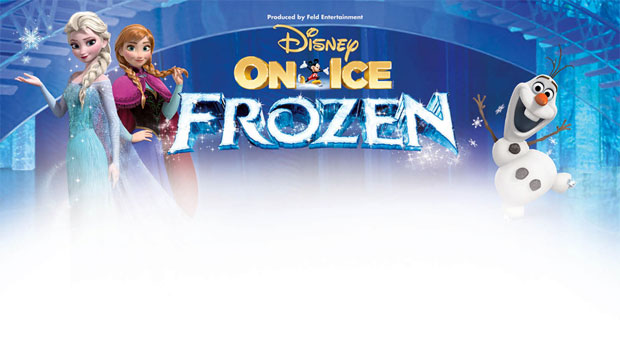 It’s the must-see magical event of the year!!

PLUS: SHELLEY CRAFT TEAMS UP WITH DISNEY ON ICE FOR FROZEN

The absolute MUST SEE magical event of the year has been announced – this year Disney on Ice presents FROZEN will tour the country, bringing the much loved stars to Melbourne from July 5 to 9. After a huge first day on sale yesterday, already an ADDITIONAL SHOW has been announced.

And in other exciting news, TV personality and mother of two, Shelley Craft has been announced as the National Disney On Ice presents Frozen Ambassador!!

“It was such an honour to be asked to be the ambassador for the Disney On Ice presents Frozen tour as I’ve loved the shows for many years. I remember seeing Disney On Ice years ago when I was a host of Saturday Disney and then later as a mum – where it has become an annual treat for my daughters and I to travel to Brisbane every June/July to watch the ice spectacular,” said Shelley Craft.

“As a mother of two daughters, who are mad Frozen fans, this year’s Disney On Ice Frozen show will be a huge hit in our household!  We can’t wait to see it when it comes to Australia,” said Shelley Craft.

Hosted by Mickey and Minnie, Disney On Ice presents Frozen will thrill audiences with the full story of Frozen – featuring the beloved Anna, Elsa and the loveable snowman Olaf as well as never before seen characters, including Grand Pabbie, the Trolls and Marshmallow. With the story unfolding on the ice for the first time in Australia, just as it did in the international blockbuster and Academy award winning film.

Disney On Ice presents Frozen will transform the stage into the wintery world of Arendelle inviting audiences to accompany Anna on her epic journey to save her sister Elsa and the kingdom of Arendelle. The immersive show experience features world class ice skating and dazzling special effects.