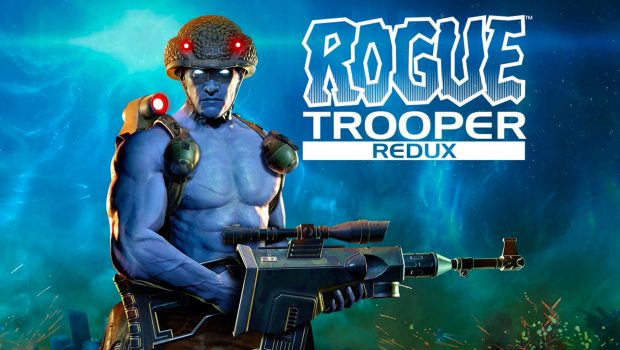 The new trailer also reveals the game’s launch date of 17th October 2017 on PlayStation 4, Xbox One and PC (Steam and GOG.com).

ROGUE TROOPER® REDUX will be available as a boxed edition on PlayStation 4 and Xbox One.

Something old, something new …

The detailed new “Graphics Comparison” trailer combines and compares cut scenes and gameplay footage from the original Rogue Trooper® game (2006) with the new remaster, highlighting the overhaul given to the game by Rebellion’s in-house developers in conjunction with UK studio TickTock Games, including: