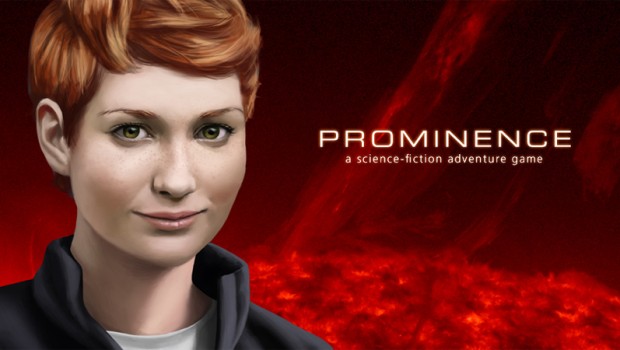 The 7-minute narrated preview video is packed with new in-game footage and for the very first time reveals art for several of the game characters. Digital Media Workshop also opens a window on the development process, discussing how key design and feature decisions for Prominence were inspired by some of the most beloved point-and-click adventure classics, and demonstrates new features that are less conventional to the genre, including options that players will have to customize their game experience, and the unlocking of character skills as the story develops.

”In making this video, we wanted to show more of what Prominence has to offer, taking care to steer away from spoilers as much as possible since it’s a traditional adventure game,” said Kevin McGrath, lead programmer on the project. “We decided to go with a guided tour that demonstrates some of the game’s key features, such as the control scheme and UI, and the puzzle types that players can expect to encounter in Prominence.”

The video also gives players a sneak peek at some of the digital extras that will come with every copy of the game for free, an evolving list of which can be found on the newly launched Steam Greenlight page: http://steamcommunity.com/sharedfiles/filedetails/?id=194325369.

Digital Media Workshop expects to release Prominence in early 2014 for Windows PCs (XP/Vista/7/8). The game will be available in
English and several localized versions (including French, Italian, German, and Spanish subtitles).