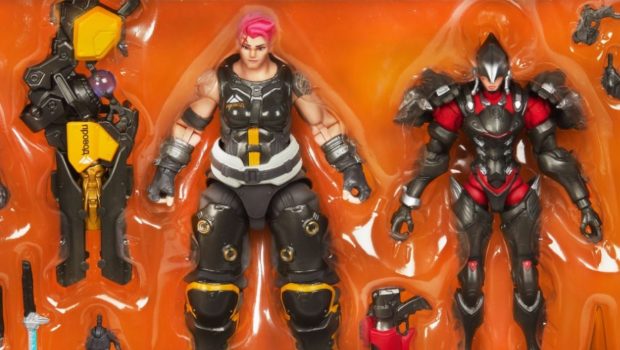 Australian Overwatch fans can now get their hands on the latest loot thanks to newly launched Hasbro ranges at EB Games. Fans of all ages can play to win with all-new Hasbro Overwatch Ultimates Series 6-Inch Figures and Monopoly Gamer Overwatch Collector’s Edition Game joining Nerf Microshots Overwatch Blasters and Overwatch LEGO at EB Games, online and around the country.

With the Overwatch Ultimates Series, fans and collectors can build a roster of their favourite heroes. These premium figures feature game-inspired designs with multiple points of articulation and come with their signature in-game accessories. Single heroes include Tracer, Lúcio, Sombra, Blackwatch Reyes (Reaper), and the heavily-armoured Reinhardt, while the Dual Pack assortments include Soldier: 76 and Ana; and Pharah and Mercy.

It’s the Monopoly game for Overwatch fans! In the board game, each player drafts a team of three, and then everyone battles for the high score to win. Players earn points by moving around the board and capturing objectives.