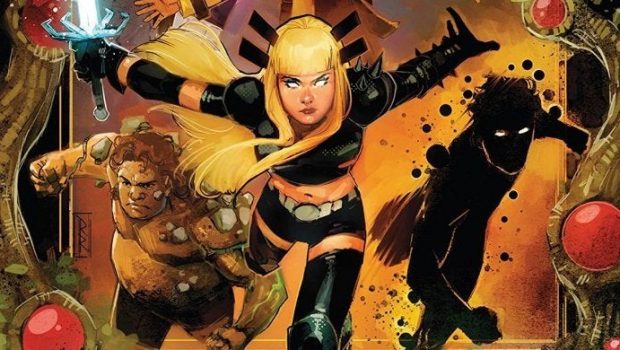 Summary: The New Mutants make their debut in the Dawn of X and it’s a fun romp that covers a ton of ground.

Ed Brisson and Jonathan Hickman are both billed as writers on this issue and it’s a credit to them that the issue never feels like it’s being crafted by two different people. In addition to this seamlessness, one of the most admirable aspects of the writing is in how much information they’re able to cram into the story while still maintaining a fun tone all the way through. In the span of just the pages of this book, we’re introduced to the team, the current status quo, how we’ve arrived there, some mysteries about Krakoa are planted (no pun intended), the New Mutants join forces with the Starjammers on a mission to Shi’ar space, the New Mutants are betrayed and abandoned by the Starjammers… it’s a lot, but it never feels like it.

The brisk pace with which the story moves is aided by the dialogue; it’s extremely well-written and the writers appear to have a good handle on their characters. Brisson and Hickman also manage to use their dialogue for great comedic effect – the interplay between the young New Mutants and the hardened space pirate Starjammers stands out. 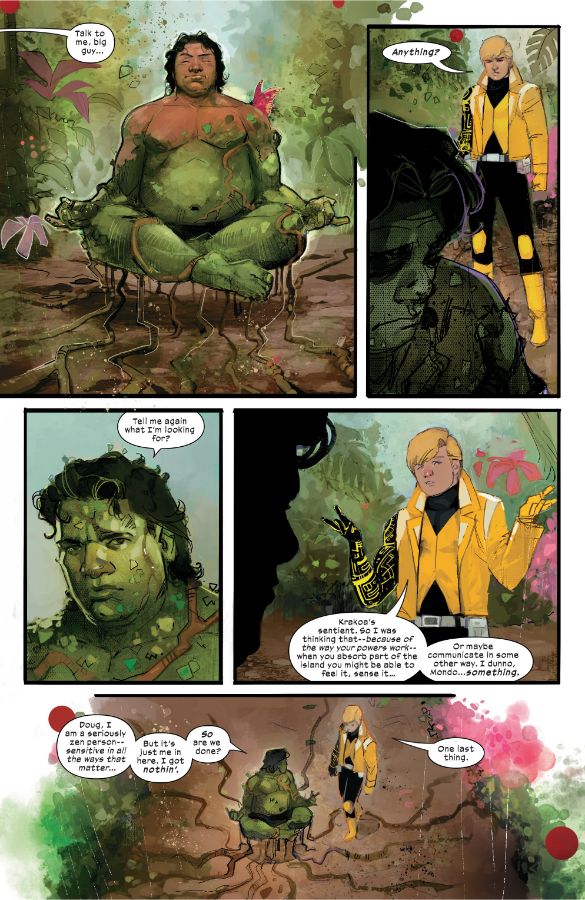 Simply put, Rod Reis’ artwork is beautiful in this issue. In particular, the application of color on the page is quite unique and extremely vibrant. It’s difficult to put a finger on what exactly makes New Mutants #1 look so different than other books on the stand – the art and coloring is given a loose, almost painterly feel, with some aspects blurred or muddied while others are flat and striking. Additionally, as the characters move from Krakoa to the cold confines of outer space, the artwork moves with them. Each setting or situation is given its own color palette, and it truly enhances the reading experience. For example, the early portions of the issue take place on Krakoa, and the reader is treated to lush greens with pops of color in the form of bright blue butterflies and parrots. This colorplay helps to highlight the paradise feel of the mutant sanctuary. As our crew moves to Shi’ar space, the page takes on a darker blue hue and the background shifts to shades of red whenever the danger grows. These subtle choices distinguish the settings in a very appealing way.

The other highlight of Reis’ work in this issue is what he’s able to do with the characters’ facial expressions. Reis takes care to give each character their own unique face (surprisingly, not always a given in comics) and proves a master of “acting” on the page. His characters are incredibly expressive, and one could almost intuit what’s going on in any given scene based on the artwork itself. His depiction of Magik, in particular, turns her into the star of the issue. Between her threatening glare as she defends her prized coffee pot or her rage-filled reaction to being cracked in the nose, Magik’s panels are incredibly fun to look at throughout.

New Mutants #1 is so much fun to read. Between the quippy dialogue, sprawling adventure, and fantastic artwork, there’s not a ton to criticize with this issue. Brisson and Hickman seem like they have a lot more story in them, as they set up quite a few different intriguing storylines, and I’m totally on board to read more – especially if Rod Reis continues to draw it.