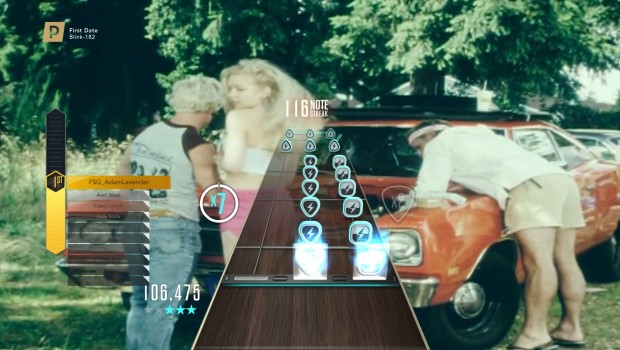 November 5, 2015 – Following the launch of Guitar Hero Live, players have rocked out to over 200 songs in GHTV, the world’s first playable music video network. Today, Activision and FreeStyleGames kick off a regular series of GHTV content additions that will be accessible to players who purchased the game free of charge, growing the already extensive library with new music on a regular basis. By the end of the year, over 70 new songs will be added to the platform and accessible by all players. In celebration of the new content, Activision is giving all Guitar Hero Live players free on-demand access to the entire GHTV catalogue throughout the whole weekend, starting Friday at 11:00pm AEDT.

This week in GHTV, Guitar Hero Live introduces the following:

In the coming weeks, fans can look forward to even more music, including playable concert footage and music videos from Judas Priest, Iggy Pop, Bully, Leon Bridges, Biffy Clyro, Weezer, Rival Sons, St. Vincent, Alice in Chains, System of a Down, Bring Me the Horizon and many more.

In general, new playable music will arrive in GHTV first as Premium Shows. To access most Premium Shows, players can complete the in-game challenge of achieving at least three stars on three different tracks in the GHTV channels or in the catalogue. And, by playing a Premium Show, players have the chance to earn in-game prizes such as status and coin boosts, unique player cards or note highways to show off their rockstar status online. Generally, after a Premium Show ends, the songs will be added to the on-demand catalogue, and then they will enter the regular channel rotation.

Players should be on the lookout for ongoing GHTV news to stay on top of all the latest music being added to Guitar Hero Live by visiting www.guitarhero.com, www.facebook.com/GuitarHero, www.youtube.com/guitarhero, or by following @guitarhero on Twitter and Instagram.

Guitar Hero Live is available now on PlayStation®4 and PlayStation®3, Xbox One, Xbox 360, Wii U™ console as well as iPhone, iPad, and iPod touch.