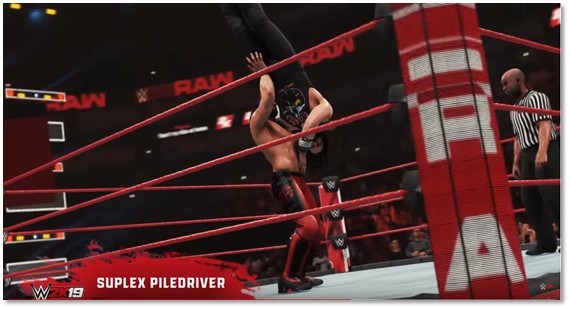 Available for use with all WWE Superstars and MyPLAYER creations, new moves for dishing out punishment inside the virtual squared circle include the following:

In addition, the Rising Stars Pack – including some of the hottest rising WWE, NXT and 205 Live Superstars – will release in early 2019.