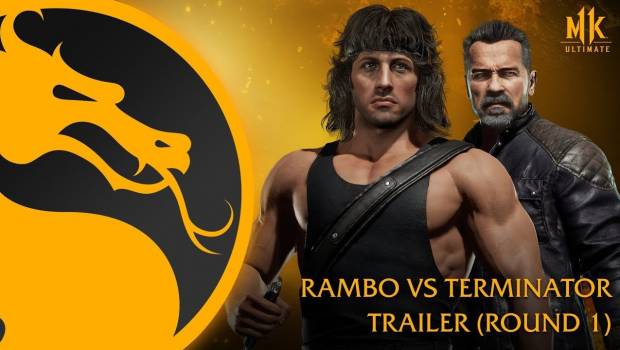 This Klassic Konfrontation brings together the two popular culture icons in brutal fashion, pitting Rambo, the former Special Forces soldier, against the Terminator T-800, the ruthless cyborg assassin. In the new trailers, each with an alternate ending, Rambo draws first blood and is triumphant in round one, followed by the Terminator winning round two. Depending on where loyalties lie, it will be up to players to decide which fighter wins the ultimate tiebreaker on 18th Nov. when Mortal Kombat 11 Ultimate launches.

Rambo, licensed by STUDIOCANAL, joins the roster as a new playable fighter on 18th Nov. as part of Mortal Kombat 11 Ultimate and Kombat Pack 2, featuring the voice and likeness of actor Sylvester Stallone, along with character skin variants inspired by the “First Blood,” “Rambo: First Blood Part II” and “Rambo III” films.

The Terminator T-800 in Mortal Kombat 11 is inspired by the Skydance and Paramount Pictures film “Terminator: Dark Fate” and features the likeness of actor Arnold Schwarzenegger.