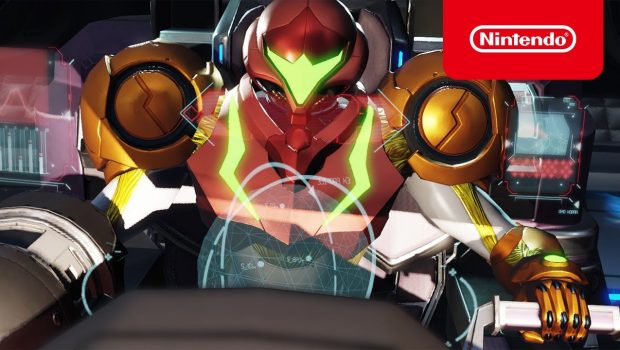 A new trailer for Metroid Dread is out now! In the Metroid Dread – Trailer 2 – Nintendo Switch trailer, players catch a glimpse of some of the mysterious terrors lurking in the shadows of planet ZDR, along with some of the abilities and weapons that Samus has at her disposal to combat them. For an in-depth breakdown of the new content revealed in the trailer, check out the Metroid Dread Report Vol. 6: A deep dive into the latest trailer article on the Nintendo website.The new trailer shows Samus under attack from a mysterious opponent soon after she lands on planet ZDR – and that mysterious figure appears to be a Chozo. The Chozo were a highly intelligent and technologically advanced species who believed their purpose to be that of bringing peace throughout the galaxy. Eventually, the civilization reached a breaking point, and living Chozo are now rarely seen. Who is this Chozo warrior, and why do they attack Samus so fiercely? Players will be able to discover the truth by playing Metroid Dread when it launches for Nintendo Switch on 8th October.

In addition to the Chozo, the trailer features other notable scenes, including a giant monster that appears to be Kraid, a beast Samus has fought in previous games. The video also introduces multiple new and returning abilities and weapons that Samus has at her disposal. These include the Flash Shift, which allows Samus to travel a set distance in an instant, the Grapple Beam, a rope-like beam that lets Samus swing across gaps or manipulate parts of her environment, and the Storm Missile, which lets Samus lock on and fire a barrage of multiple small missiles. A more complete list of these abilities, along with more details on how they work, is included in the Metroid Dread Report Vol. 6: A deep dive into the latest trailer article.

For anyone who might have missed them, the “Metroid Dread Report” series of articles on the Nintendo website is the perfect place to get up to date on all the latest Metroid Dread information, along with behind-the-scenes glimpses from the game’s development team. Here’s a list of the previous articles in the series:

The latest trailer for Metroid Dread offers a tantalising glimpse at some of the mysterious, powerful enemies that the game has in store, along with a showcase of some of the abilities and weapons that Samus will have at her disposal. Players will be able to explore the planet ZDR and discover the truth of the story for themselves when Metroid Dread launches for Nintendo Switch on 8th October.