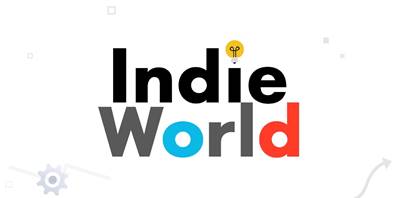 Today, Nintendo released a new Indie World video showcasing a wide variety of indie games coming to Nintendo Switch this year and next.

Highlights of the video included rogue-like dungeon crawler Hades, card trick adventure game Card Shark, and Raji: An Ancient Epic, an action adventure game inspired by Hindu and Balinese mythology that launches for Nintendo Switch today. The showcase also ended with the announcement that a free two-player update for Untitled Goose Game will be arriving on 23rd September.

You can watch the Indie World – 18/08/2020 (Nintendo Switch) video in its entirety on the Nintendo Australia YouTube channel.

The following titles were featured in today’s video:

The presentation also included a highlights reel of yet more indie titles coming to Nintendo Switch in 2020 and 2021, including: INMOST from Hidden Layer Games and Chucklefish, launching on 21st August, The Red Lantern from Timberline Studios and She Dreams Elsewhere from Studio Zevere, which are both coming soon.

Additionally, an Indie World sale is starting today in Nintendo eShop, offering up to 50% off select indie games for Nintendo Switch, including Ori and the Blind Forest, Exit the Gungeon, Streets of Rage 4 and more. The sale runs from today through 30th August.

In a packed Indie World showcase video, Nintendo revealed that Raji: An Ancient Epic, Takeshi and Hiroshi, Spiritfarer, A Short Hike, Manifold Garden and Evergate are all available now on Nintendo Switch. With a diverse line-up of other titles also on the way, Nintendo Switch users can look forward to an ever-growing catalogue of indie games throughout 2020 and beyond.