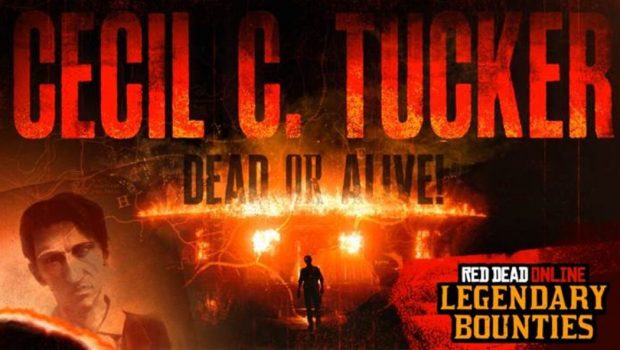 All Collectors, Traders and licensed Bounty Hunters who log in this week will also earn free rewards across all three specialist Roles: Licensed Bounty Hunters will receive 5X Tracking Arrows; Traders will get 5X Potent Predator Bait and 5X Potent Herbivore Bait; and Collectors will gain three Collectible Coins. Additionally, players that complete a 3-day Role Daily Challenge streak will receive an exclusive tint of the Folwell Hat, and all Novice Role Items are currently 25% off.

Meanwhile, a new selection of items are now available for Xbox One players, such as the American Foxhound Camp Dog, new Ability Cards (Gunslinger’s Choice, Strength in Numbers and Ride Like The Wind) and the Shoot for the Sky Emote, plus new clothing additions to the Wheeler, Rawson & Co. Catalogue: The Carrigan Hat, Leather Burnham Boots and more.

Please see below for the full details, including this week’s featured Free-Aim Series (Last Stand) and Free Aim variants, discounts, Twitch Prime benefits, a free exclusive colorway of the Killiman Vest for PlayStation Plus players, and more.

A mere twenty years old, Cecil C. Tucker is a known arsonist and murderer wanted for burning down homes in the slums of St. Denis. Since going on the lam, Tucker has aligned himself with local ne’er-do-wells in the Lemoyne Raiders and has been sighted entering Fort Brennand, north of St. Denis.

Licensed Bounty Hunters can take on this Legendary Bounty Mission by approaching the nearest Bounty Board, indicated on the map. A short while after completing a Legendary Bounty, it will reappear to be played at an increased difficulty – indicated by the number of stars present on the poster.

As an ongoing element of Frontier Pursuits, Role-specific rewards will often become available to those who pursue the paths of the Bounty Hunter, Trader and Collector. This week, Licensed Bounty Hunters will receive 5X Tracking Arrows; Traders will get 5X Potent Predator Bait and 5X Potent Herbivore Bait; and Collectors will receive Three Collectible Coins. In addition, completing a 3-day Role Daily Challenge streak will reward you with an exclusive tint of the Folwell Hat. All gifts should arrive within 24 hours of playing Red Dead Online.

This week also brings a slew of items to Xbox One, including the American Foxhound breed of Camp Dog, new Ability Cards (Gunslinger’s Choice, Strength in Numbers and Ride Like The Wind), plus the Shoot the Sky Emote. And when flipping through the pages of the Wheeler, Rawson & Co. Catalogue, Xbox One players can also peruse new clothing additions – the felt Carrigan Hat, leather Burnham Boots, and the fur-lined Avery Gloves.

Sureshot players looking to test their mettle can jump into several Free Aim modes, including this week’s featured Free Aim Series, Last Stand. Compete in a bloodbath of a free-for-all with no easy way out, and be the last gunslinger standing to win.

Sharpshooters can also try their hand at Free Aim variants of the Shootout, Takeover and Elimination Series through October 21st.

Take 25% off all Novice Role Items — some particularly useful items include the Bounty Hunter’s Reinforced Lasso to restrain tough targets, Collector’s Field Shovel to uncover buried treasures under piles of disturbed earth or the Trader’s Stew Pot for your Camp with recipes that grant Gold Cores. Gunsmiths are also offering 50% off all Pistol, Revolver, Repeater, Shotgun and Rifle Ammo (including High Velocity and Express rounds).

Red Dead Online players who connect their Social Club account with Twitch Prime will receive the Bounty Hunter license for free, plus an additional 10% off of the discounts listed above, while players with an active PlayStation Plus subscription who log in any time before November 4th will receive an exclusive colorway of the Killiman Vest.

As a reminder, members of the Wheeler, Rawson & Co. club who have opted for The Outlaw Pass have until November 18th to progress through all 70 Ranks and unlock each available item. To give all Outlaw Pass holders an opportunity to acquire these unique items before they’re gone for good, players can now unlock their next Club Rank for the price of 1 Gold Bar.

Stay tuned to the Newswire for more Red Dead Online news in the coming weeks, and head over to the Social Club Events page for all current special events, bonuses and discounts.