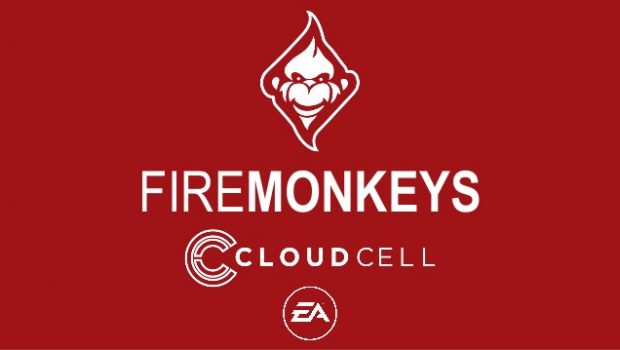 Firemonkeys is one of the biggest players in Australian games. Born through the merger of two independent Australian studios, Firemint and IronMonkey, the company was established when global games giant EA Games acquired both studios and brought them together in 2012.

The studio now creates cutting edge mobile games for the global market including bestsellers such as The Sims Free Play, Need for Speed: No Limits and Real Racing 3.

The studio is currently trailblazing the next generation of mobile games including creating games that incorporate virtual reality technologies.

Since the companies came together, the mobile gaming industry has grown exponentially – as has the studio.

With 170 employees, the team had outgrown its former offices on St Kilda Road and the new headquarters will allow Firemonkeys to attract and retain the best talent and increase its technical capacity in the years ahead.

Melbourne is home to almost half of Australia’s game developers with 107 development studios ranging from leading global companies to independent boutique developers.

Quotes attributable to Minister for Creative Industries Martin Foley
“The digital games sector is one of the fastest growing global industries and ensuring that Victoria is the best place to do business.  The Firemonkeys’ story is one of innovation, creativity and global success.”

“The expansion of Australia’s leading games company – and its continued success – will mean more jobs for local developers so Victoria can continue to keep and attract the world’s best talent.”

“Melbourne is where Australia’s games sector began and today we continue to lead the way – creating some of the most popular digital games in the world.”

Quotes attributable to General Manager Firemonkeys Tony Lay
“We are proud to be Australia’s largest mobile game developer, and our new Docklands office represents a continued commitment to innovation, creativity and collaboration, which is at the core of Firemonkeys’ work and success.”

“It also signals our commitment to Melbourne, which we believe is the creative heart of the mobile gaming industry in Australia – and increasingly at a global level too.”