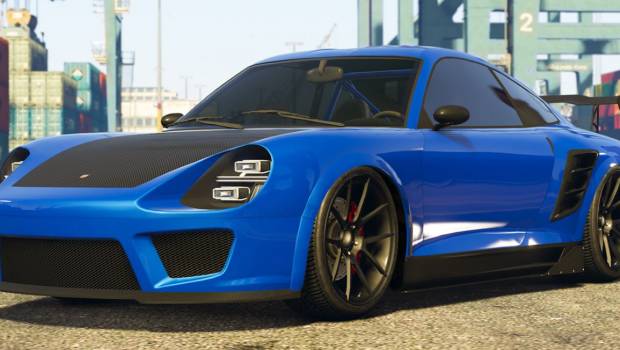 In addition to the latest vehicle to hit Legendary Motorsport, the Pfister Comet SR, this week brings a number of opportunities for entrepreneurs:

If you logged into GTA Online between February 16th and 26th, be on the lookout for your 2018 San Andreas State Tax Refund of GTA$250,000 and 10% rebate up to GTA$1M hitting your Maze Bank account before March 6th.

In addition, entrepreneurs of all stripes will see a healthy ROI this week, with awards of Double GTA$ & RP across any of the following modes and missions:

Through March 6th, prop up the military complex for less with huge savings on difference makers like the Mammoth Avenger, cabs for Mobile Operations Centers, Facility customizations, and select aircraft and vehicles:

Time to wave to all your friends at the FIB as you get some turbo-charged air time over their HQ.

Strap in and compete in this week’s Premium Race, where the top three finishers earn GTA$ and all participants get Triple RP regardless of where they place. Launch Premium Races through the Quick Job App on your in-game phone or via the yellow corona at Legion Square.

Nothing violates the tranquility of green hills or lonely desert roads as efficiently as competitive motorsport. Kill two birds with one time trial all the way from the Vinewood Bowl to Paleto Cove.

To take a shot at this week’s Time Trial, set a waypoint to the marker on your in-game map and enter via the purple corona. Beat par time and you’ll be duly rewarded with GTA$ & RP.