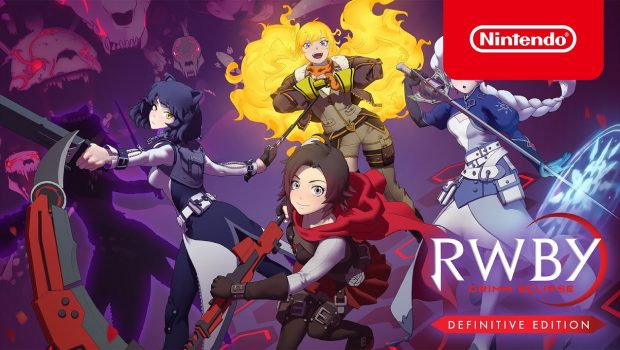 Go Team RWBY! Aspyr is revving up the excitement for the upcoming launch of RWBY: Grimm Eclipse – Definitive Edition on Nintendo Switch on May 13 with the surprise release of a new video that offers gamers a sneak peak at the gameplay experience and features for the fan-favorite hack-and-slash game.

Featuring scenes with RWBY’s infamous characters – Ruby, Weiss, Black and Yang – the new video takes players inside the intense action as they fight to stop the evil forces of the Grimm and Doctor Merlot. Be the first to see the characters in all-new outfits. Check out the action in Horde mode. Learn how to upgrade your skills for the ultimate attack and more.

Fans can now enter for a chance to win one of three (3) ultimate RWBY prize packs, valued at $1,000 each. Each prize pack includes a limited edition Alpha Beowulf statue, a RWBY Grimm Street Fight print art set by artist Yin Shian Ng, the RWBY Semblance Sumi-E weekender bag, a RWBY x Ein Lee Ruby pint glass set, a RWBY Team RWBY throw blanket, a one year subscription to Rooster Teeth First, and a digital copy of the game for Nintendo Switch. To enter, head to www.RWBYGrimmEclipse.com. Winners to be announced the week of May 13.

RWBY: Grimm Eclipse – Definitive Edition arrives on the Nintendo eShop on May 13.

For the latest news, please visit www.RWBYGrimmEclipse.com and follow @AspyrMedia.