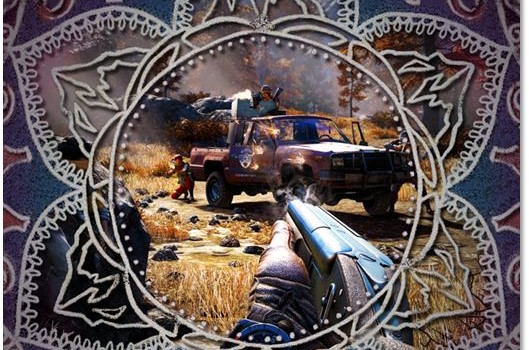 Ubisoft has announced that Escape from Durgesh Prison, a new piece of downloadable content for Far Cry 4, will be released in Australia and New Zealand on January 14, 2015 on Xbox Live (XBL) & for PC and January 15th on PlayStation Network (PSN). In this challenging time trial players will race against the clock and other players for a spot atop the leader boards.

In Escape from Durgesh Prison Ajay and Hurk wake up after being captured, tortured and stripped of their weapons in Yuma’s prison. Thrown in the dangerous world of Kyrat without anything to defend themselves with, players will complete a series of challenges to find weapons and unlock new skills while trying to reach the extraction point to safety. Playable in single player and coop, this difficult mode will keep players running across Kyrat to complete side objectives dictated by Pagan Min to recover their lost weapons and upgrade their gear before a final stand-off with Yuma’s forces. To ramp up the challenge, when players die they must start the mission over again and use the knowledge and skills they gained during their previous run through to help them reach their extraction point successfully.