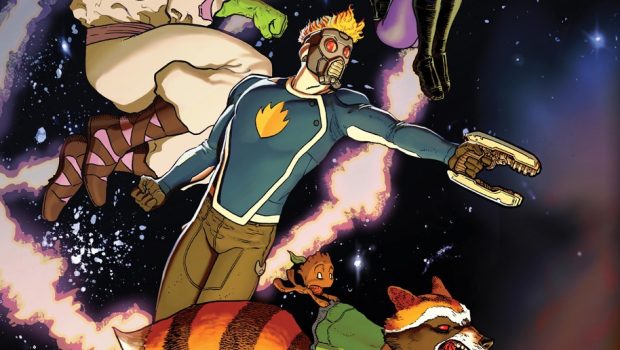 A New Era Begins for the GUARDIANS OF THE GALAXY!

Your favorite ragtag group of spacefaring heroes are blasting off with a historic new beginning! New adventures, new creative team, high adventure in deep space! Marvel is pleased to announce ALL-NEW GUARDIANS OF THE GALAXY #1 – a new ongoing series launching this May from blockbuster creators Gerry Duggan (Deadpool, Uncanny Avengers) and Aaron Kuder (Death of X)!

Star-Lord. Gamora. Drax. Rocket Raccoon. Groot. Reunited and it feels so good! After an extended stay on this mudball we call Earth, the Guardians of the Galaxy return to the stars! Yet, as this band of misfits reunites, they’ll find they’ve undergone some…changes. Drax the Destroyer has sworn off violence. Groot isn’t regenerating as he once was. This team better get it together, because it won’t be long before they find themselves in a war between the Elders of the Universe. One that will force them to pull off the biggest heist they’ve ever attempted – literally!

“I cannot tell you how excited I am for this book!,” exclaims series Editor Jordan D. White. “Gerry and Aaron have been working on this puppy in secret for months, and they’ve cooked up a series that will be the spine of the Marvel cosmic universe, while still being rooted in the great Guardians characters we love. And maybe even a surprise addition to the team eventually, too…”

Exciting alien worlds! Thrilling action! The mysteries of deep space! Blast off with Duggan and Kuder as they explore the furthest corners of the Marvel Universe! This May, it’s a fresh start, and it’s coming at you in ALL-NEW GUARDIANS OF THE GALAXY #1!

ALL-NEW GUARDIANS OF THE GALAXY #1 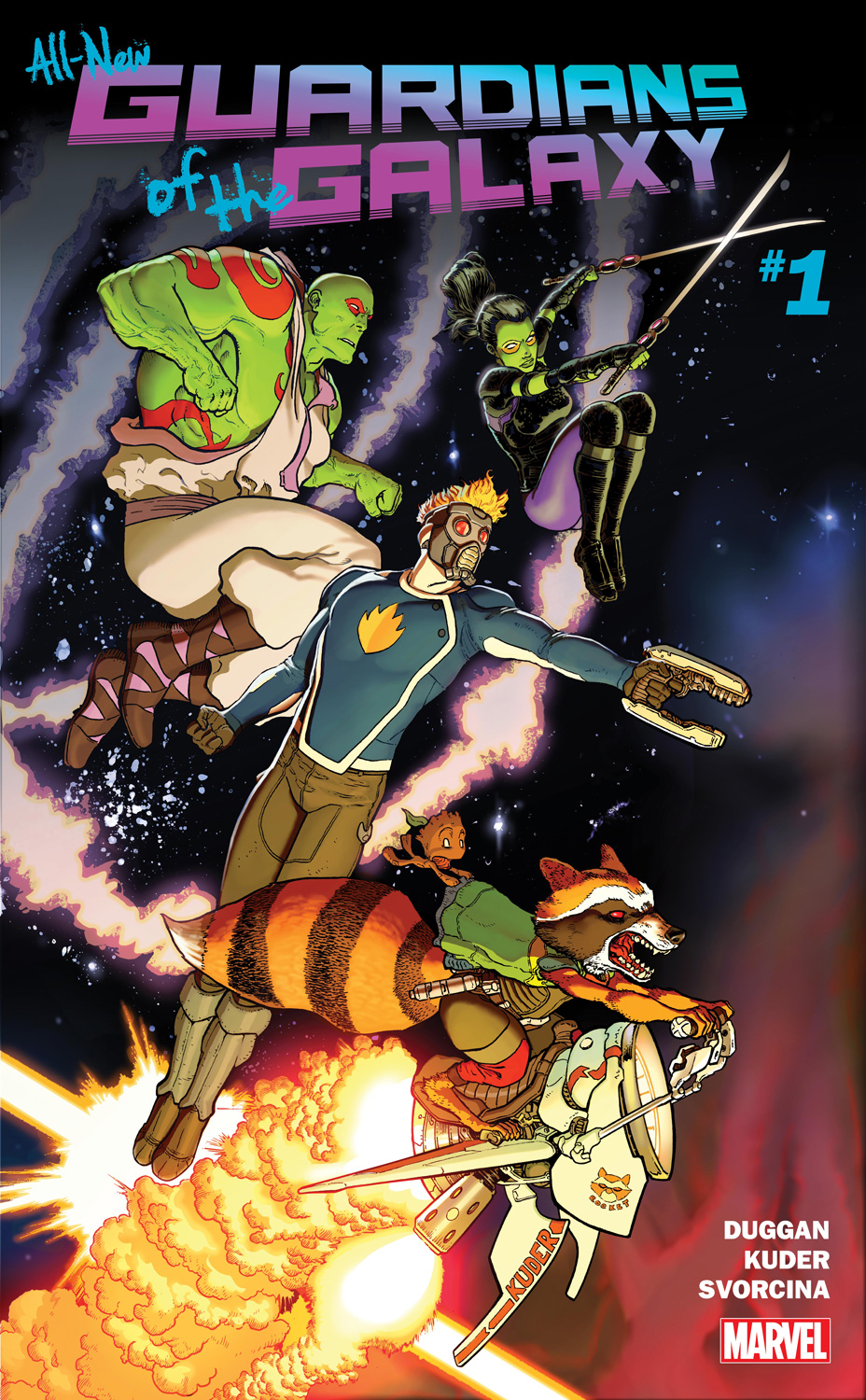