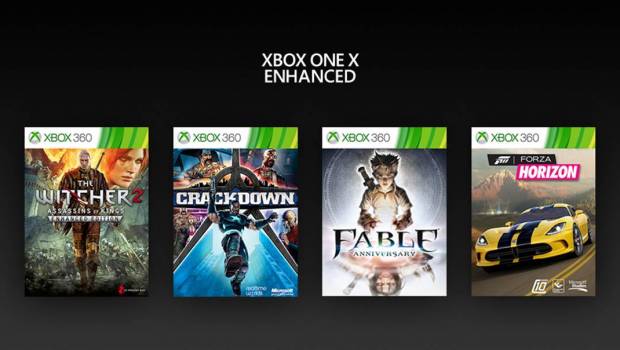 Starting today, four new Xbox 360 titles will be enhanced for Xbox One X, which includes The Witcher 2: Assassins of Kings, Forza Horizon, Fable Anniversary and Crackdown, the newest addition available now in the Xbox One Backward Compatibility library. We’re also excited to release a new graphics setting for enhanced Xbox 360 titles on Xbox One X to give you more control over your gaming experience.

Xbox 360 games that are enhanced for Xbox One X run at a higher resolution and 9X the original pixel count on Xbox One X. The power of Xbox One X enables the Xbox 360 emulator to showcase the very best version of the game possible with the existing assets—all without touching the game code. Today’s additions join the seven previously released Enhanced Xbox 360 titles like Halo 3, Skate 3, and Gears of War 3 for a total of 11 Xbox One X Enhanced Xbox 360 games.

Here is the full list of Xbox 360 games that are in the Xbox One X Enhanced catalogue:

When you play Enhanced Xbox 360 games on Xbox One X, you can now choose how to experience them—with enhanced graphics or in their original form. Enhanced graphics will be turned on by default, running your game with higher resolution, 9X the pixel count, increased texture details and antialiasing, allowing you to enjoy greater visual clarity than ever before. If you turn off the Graphics setting, the graphics will be comparable to the experience on Xbox One or Xbox One S. Here’s how to access the setting. Note, once you change the setting, you’ll need to restart the game: 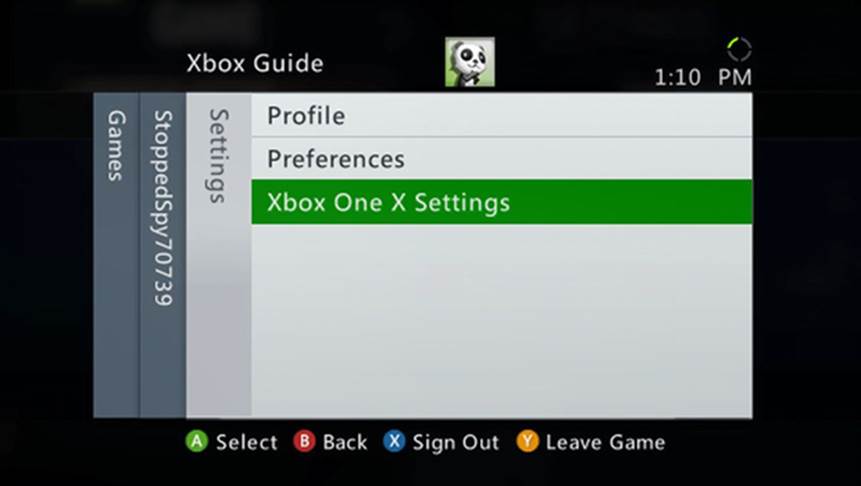 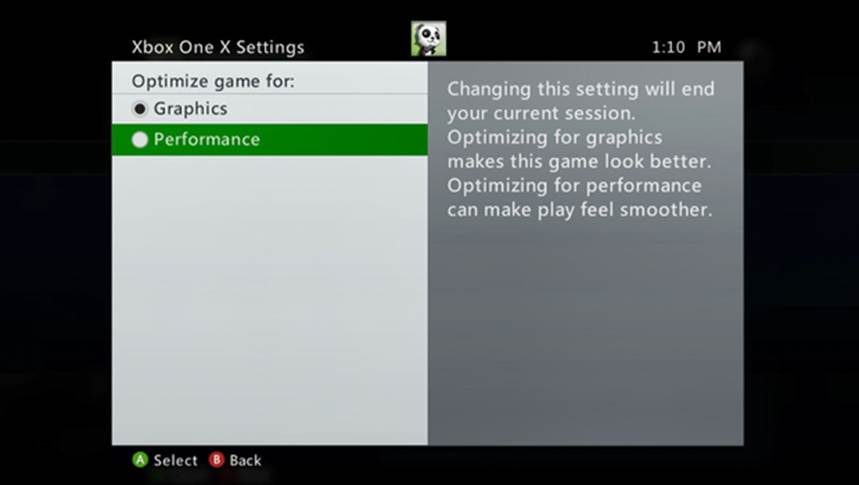 We’re thrilled with the continued excitement for Xbox One Backward Compatibility—the community has played more than 840 million hours of Xbox 360 games on Xbox One. Compatibility is important to Xbox, to developers and their games, and our community. Preserving the art form of video games is part of our DNA, which is why Xbox One is the only console designed to play the best games of the past, present and future. We’re excited to continue to deliver on our vision of compatibility and grow our current Backward Compatible library, which includes more than 460 Xbox 360 games, 11 Xbox One X Enhanced Xbox 360 titles, and 13 Original Xbox games.