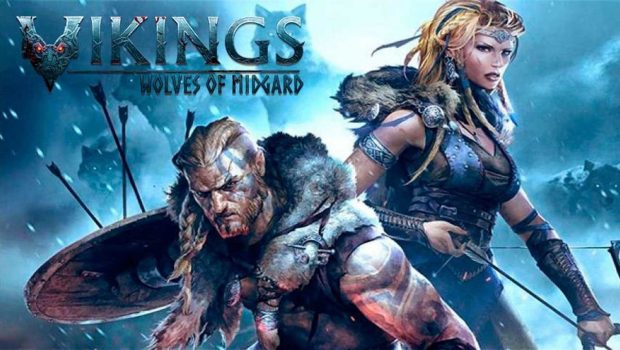 Sydney, 23rd June 2017 – Since the launch of Vikings – Wolves of Midgard, countless foes have been slain in the name of the old gods as players have made their way through the campaign in singleplayer and online-multiplayer modes. However, after listening carefully to fan feedback and working tirelessly behind-the-scenes, Kalypso Media and developer Games Farm are thrilled to announce the addition of ‘couch’ co-op multiplayer to its brutal action RPG as part of a major free update, available now on PlayStation®4 and Windows PC, with Xbox One to follow soon. Now two players can join forces on one console or PC to fight their way through hordes of vicious frost giants and rival clans.

In addition to couch co-op, significant changes have also been made to New Game+ mode, enabling players to carry over their items while increasing the difficulty with subsequent playthroughs of the main campaign, among other changes and improvements. Another much-requested new feature is the ‘stash’, a new addition to the village hub that gives players the ability to share items between all their different characters. In addition, players may now share items with fellow players during multiplayer games.

Other changes include improvements to the Trials of the Gods, new effects for legendary items, changes to talismans, adjustments to several boss fights and improvements to sounds, voiceovers, stability, UI, performance and localization. Please see the Kalypso Media Forums for the full changelog.

Kalypso Media and Games Farm are also pleased to confirm ongoing support for Vikings – Wolves of Midgard as they continue to work to add further minor enhancements requested by players.

About Vikings – Wolves of Midgard:

Vikings – Wolves of Midgard will transport you to the Shores of Midgard, a world based upon the mythology and history of the Vikings. Battle the fearsome Jotan, hordes of terrifying undead monstrosities and other myriad beasts of Ragnarok, either on your own or by teaming up with a friend via the online co-op multiplayer mode. Master mighty weapons, including sword and shield, two-handed hammers, dual-wielded axes and swift bows. Earn blood in battle to offer in tribute to the Gods in order to acquire and enhance devastating Spell Powers and other special unlockables. As well as the regular story mode (and New Game+), players can also test their mettle in the ‘Trials of the Gods’ – a special challenge mode that rewards the best warriors with special equipment and runes.

Features of Vikings – Wolves of Midgard: