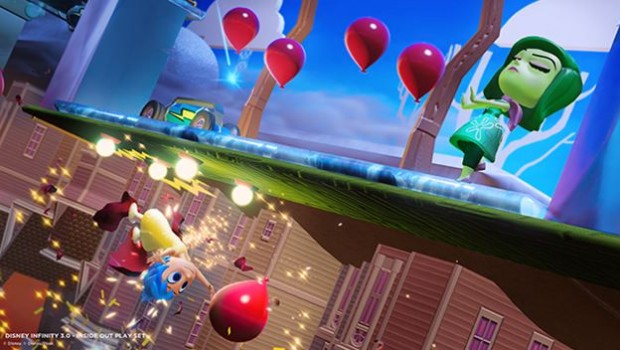 MELBOURNE, Aust. – (May 28, 2014) – Disney Interactive today revealed more information and assets for Disney•Pixar’s Inside Out Play Set, an innovative puzzle-solving action-platformer, available this Winter for Disney Infinity 3.0, the ultimate family gaming platform that features characters from across The Walt Disney Company, including Disney, Disney•Pixar, Marvel and Star Wars™ franchises.

Based on Disney•Pixar’s much anticipated film Inside Out releasing June 18 in Australia and New Zealand, the Inside Out Play Set takes place in Riley’s mind after she inadvertently catches a glimpse of a scary movie as she is falling asleep.  Her Emotions — Joy, Fear, Anger, Disgust and Sadness  — rally together to calm the turmoil that has overtaken Imagination Land as a result of Riley seeing the movie.  Broccoli, pie cannons, bats and even swamp creatures are running rampant through Riley’s mind. As single-player or two-player co-op, players must help Riley’s Emotions journey through Imagination Land, work together using each character’s unique skills to defeat enemies, gather Riley’s displaced memories, and return them to the Long Term with the help of Mind Workers before Riley awakens.

Playable characters for the Play Set include Joy, Fear, Anger, Disgust and Sadness. Each figure comes with special powers to combat swamp creatures and other nightmare beasts:

All figures will also be playable in the newly enhanced Toy Box 3.0, along with all characters previously released for Disney Infinity.  Players will be able to use these figures, plus hundreds of Star Wars, Marvel and Disney-themed items, locations, props and vehicles to create new adventures in customised worlds.

Additional figures and Play Sets will be announced in the coming months. Disney Infinity 3.0 is being developed by Avalanche Software in partnership with Ninja Theory, Sumo Digital, Studio Gobo and United Front Games. The game will be available this Winter. 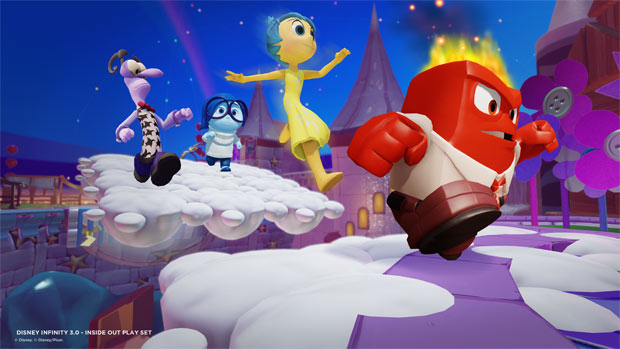 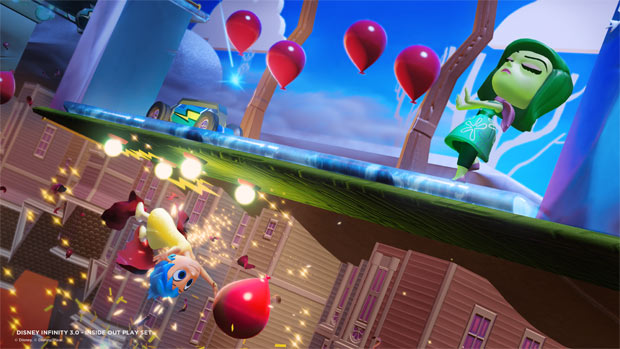 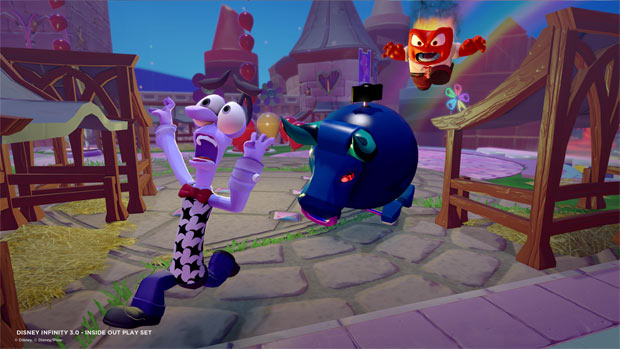 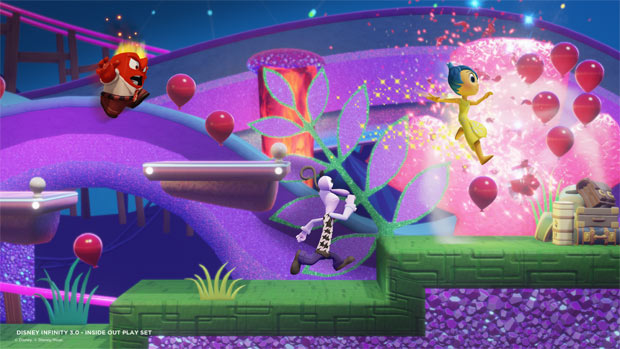