These new AMD FirePro GPUs are built on the strength of AMD’s award-winning Graphics Core Next GPU design – an architecture conceived from the ground up to intelligently manage rendering and compute workloads. The combination of AMD FirePro GPUs and OpenCL– strongly supported by both Apple and AMD – is designed to deliver massive compute and graphics performance in one compact solution.

“We are very excited to see the performance that our DaVinci Resolve customers will get with the dual AMD FirePro GPUs featured in the new Mac Pro,” said Grant Petty, CEO, Blackmagic Design. “The combination of the OpenCL acceleration of the AMD FirePro with the Mac Pro’s revolution in pro desktop design and performance will be absolutely amazing for video and film professionals.”

“We really enjoyed working with AMD to maximise MARI’s performance on the new Mac Pro. We’ve seen some of the best performance out of the box from MARI with the dual FirePro GPUs in the Mac Pro,” said Jack Greasley, MARI Product Manager at The Foundry.

The dual AMD FirePro GPU options for Mac Pro feature up to 6GB of VRAM and up to 2048 stream processors per GPU, matched with top configurations capable of up to 7 teraflops of computing power. OpenGL and OpenCL are optimised in OS X® Mavericks to leverage the full computing power of the Mac Pro and dual GPUs. 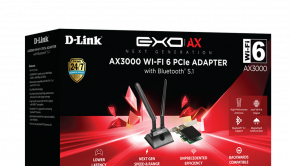