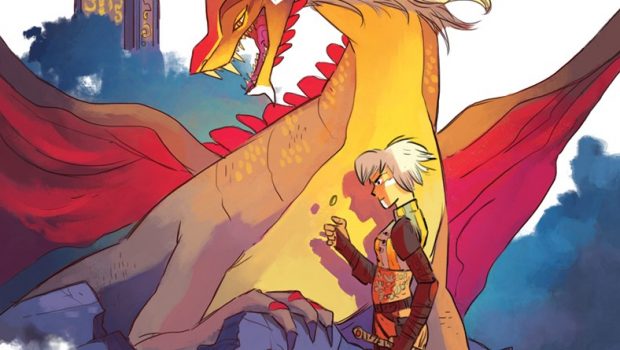 Writer Sebastian Girner (SHIRTLESS BEAR-FIGHTER) and comics/storyboard artist Galaad team up with letterer/designer Jeff Powell for SCALES & SCOUNDRELS, a colorful fantasy tale for scoundrels of all ages this September.

It’s hard to make an honest living in a land brimming with magic and mystery, and treasure hunter Luvander is tired of being a penniless adventurer. Ever in search of gold and glory, she sets off for a fabled dungeon, “the Dragon’s Maw,” an ancient labyrinth, at the bottom of which slumbers endless wealth…or certain doom!

But what starts out as a road to riches becomes the first step on an epic journey of a much different kind—for Luvander holds a secret in her heart that will shatter the chains of fate and bring light to a world encroached upon by an ancient darkness.

“SCALES & SCOUNDRELS is a dream project for Galaad, Jeff, and myself,” said Girner. “We are crafting a deep and wondrous world for readers to get lost in, creating heroes, villains, and rogues to love and loathe, and spinning tales that will delight and entertain, shock and inspire. A fantasy adventure comic for readers of all ages to escape into, and bring a piece of magic back with them into their lives.”

“S&S is everything we want to bring to a comic series: the joyous fun, the gripping action, the thrill of adventure, the sense of wonder, the dramatic moments, the high stakes, the epic turning-points, and the inspiring destinies,” said Galaad. “We don’t want the readers to just enjoy this story, we want them to embark with us and share in the adventure of a lifetime. That’s what I love about comics. Just a drip of ink on paper—endless stories and memories.”

“It’s great to have the opportunity to work on a book that can be enjoyed by a wide audience,” said Powell. “Both the art and story kick ass, and I think people will enjoy seeing how it unfolds.”

“SCALES & SCOUNDRELS is a fun, beautiful fantasy adventure for all ages and the kind of book we need more of! I look forward to more!”
—Skottie Young (I HATE FAIRYLAND) 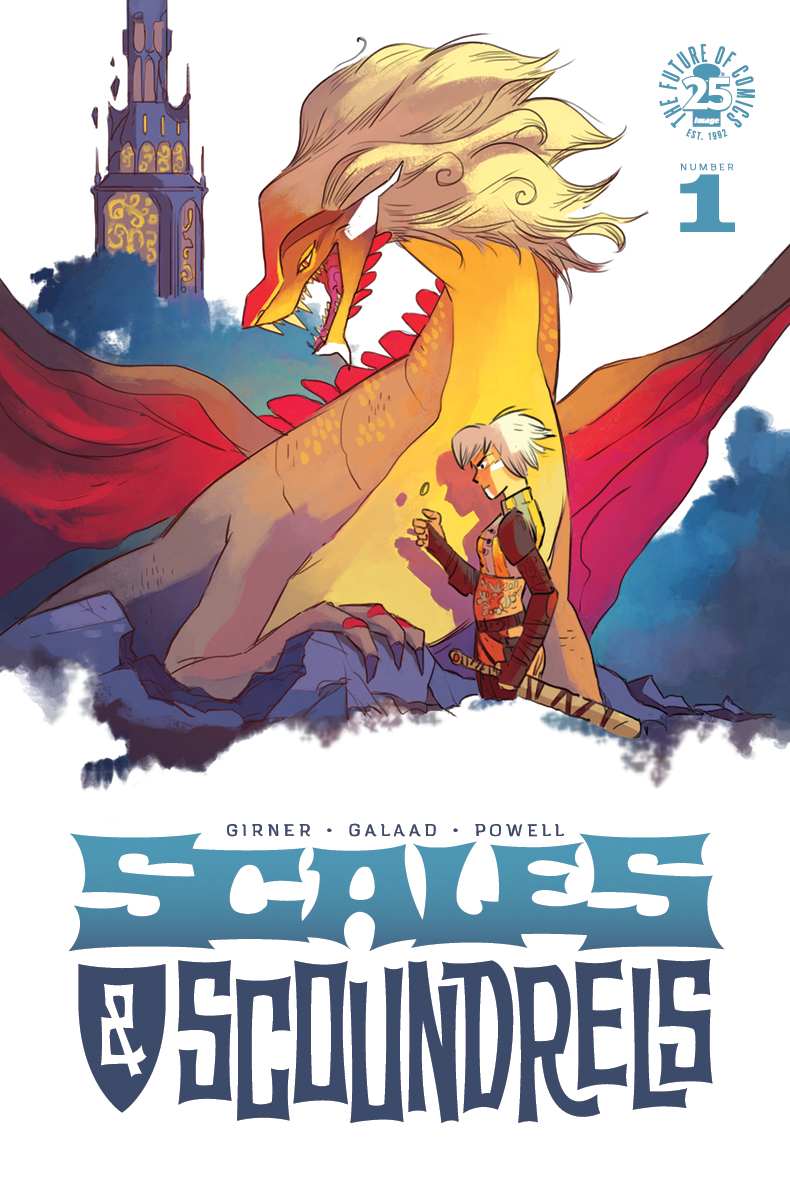 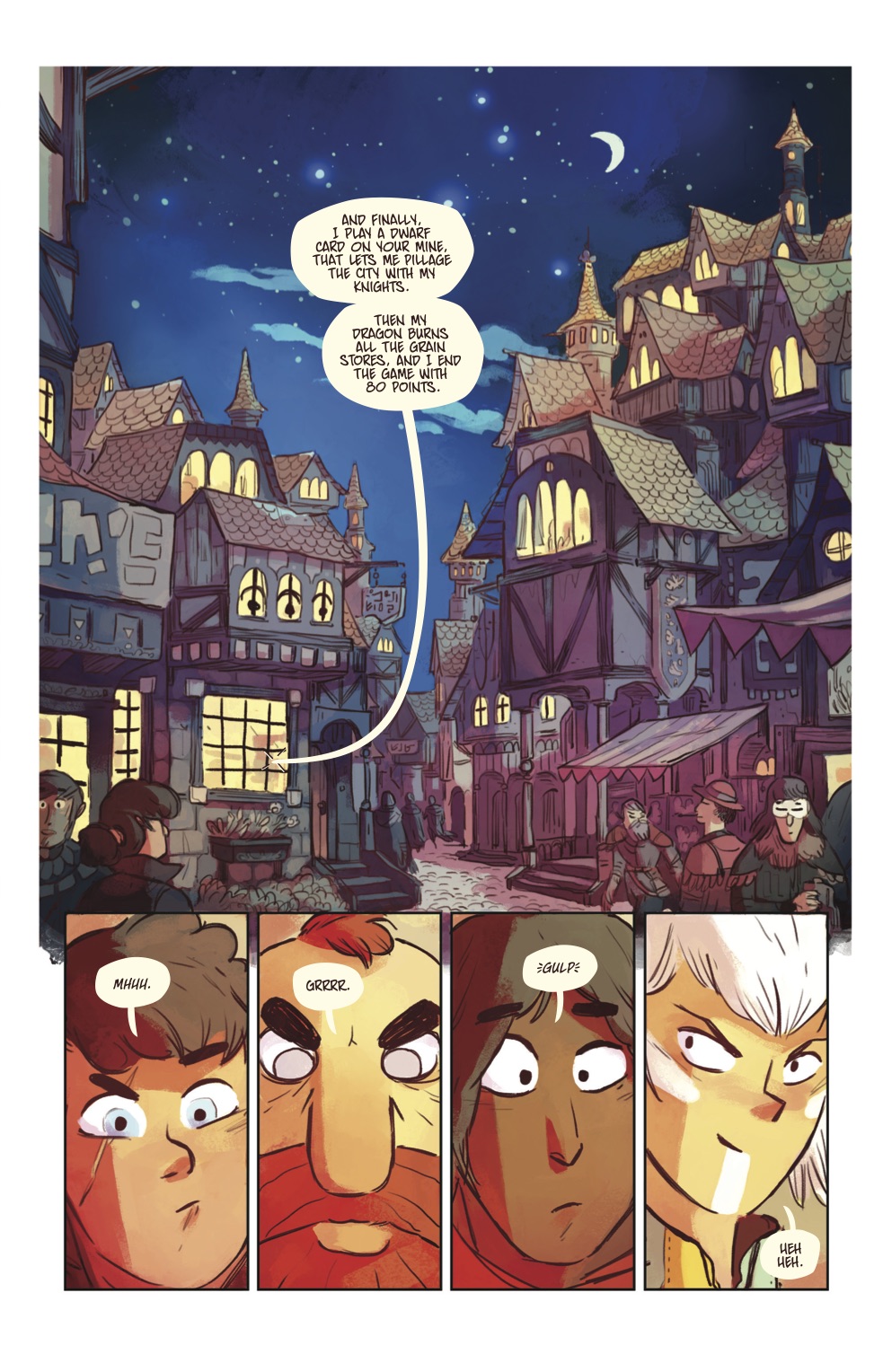 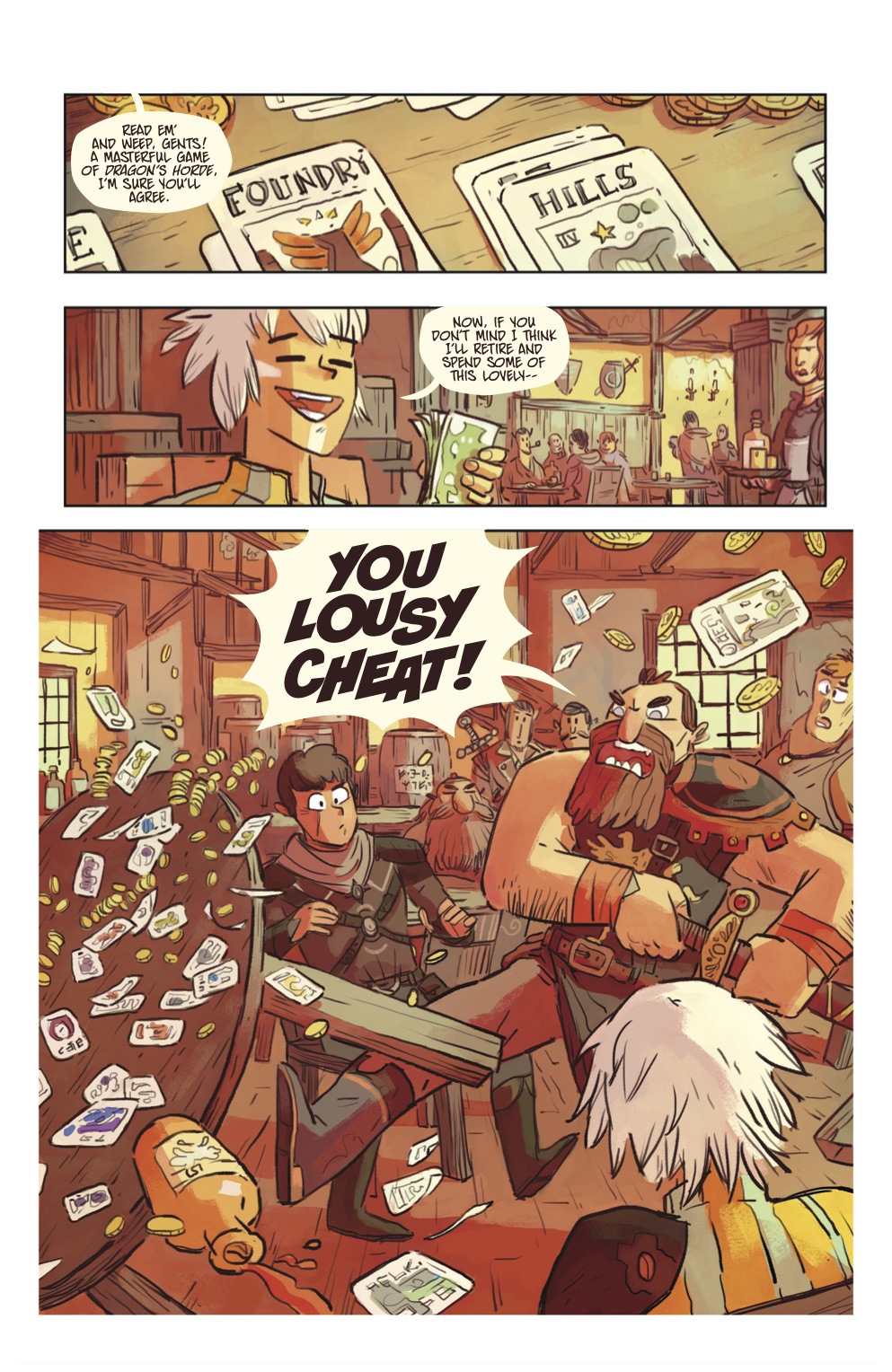 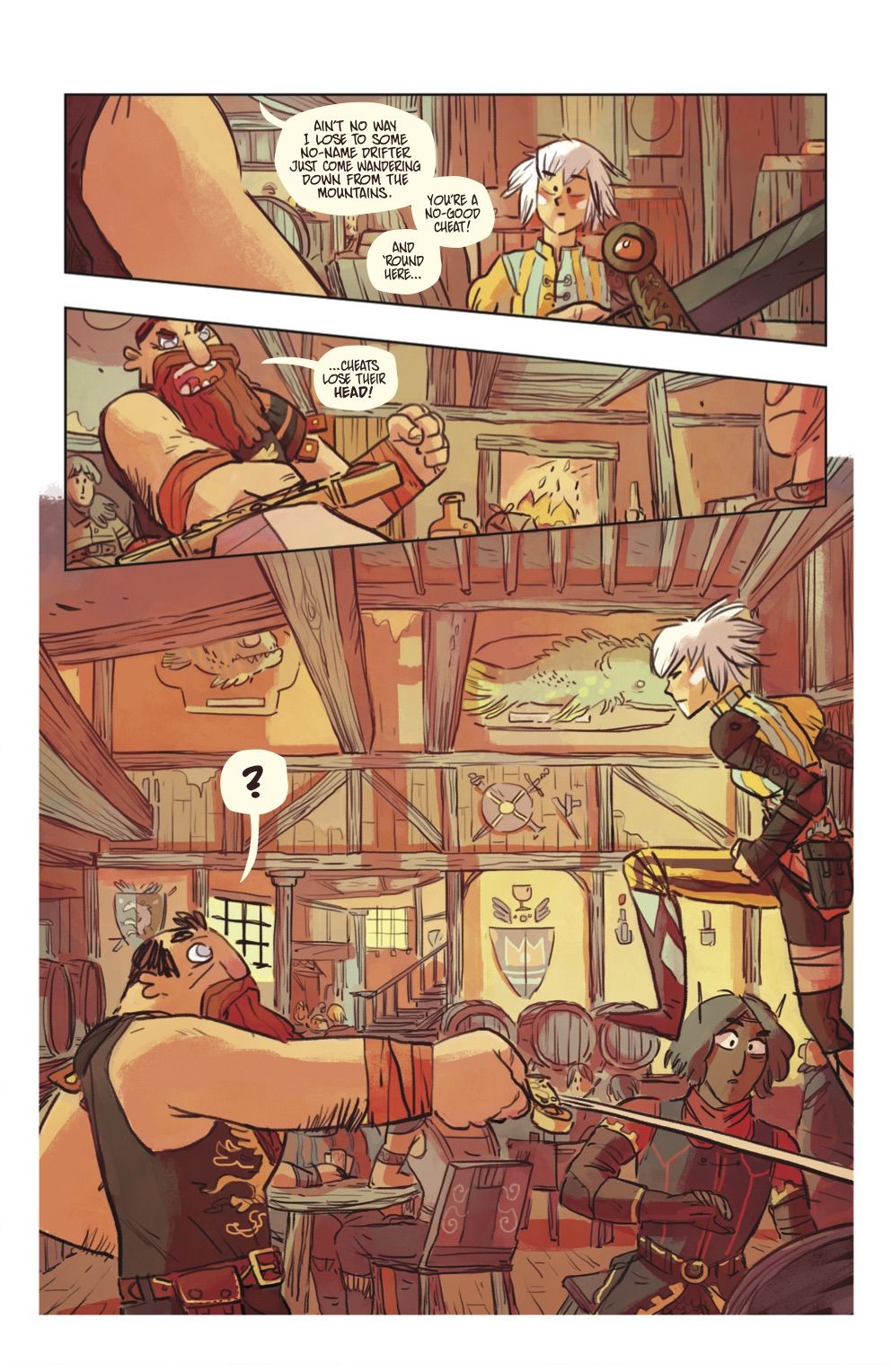 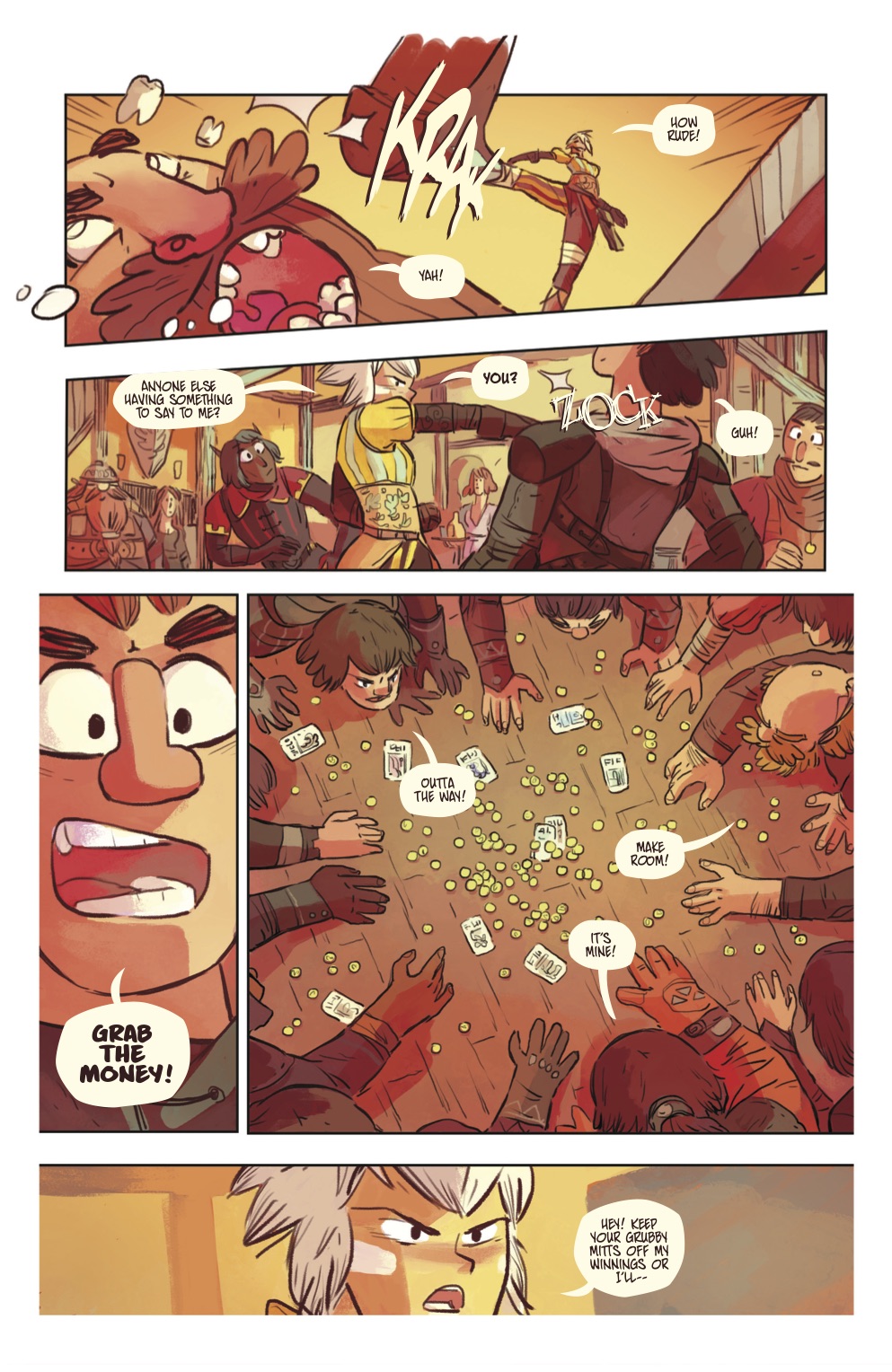 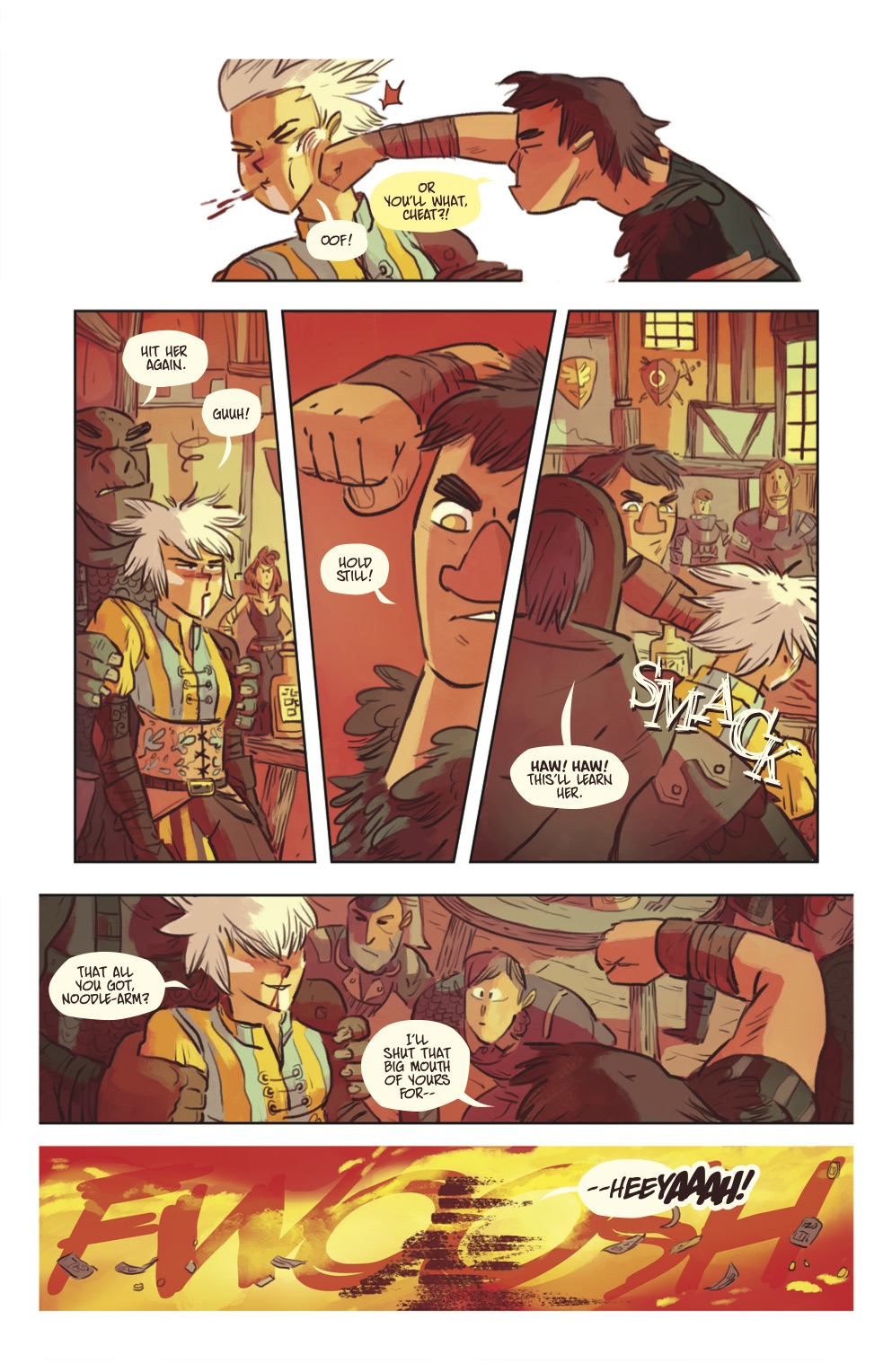 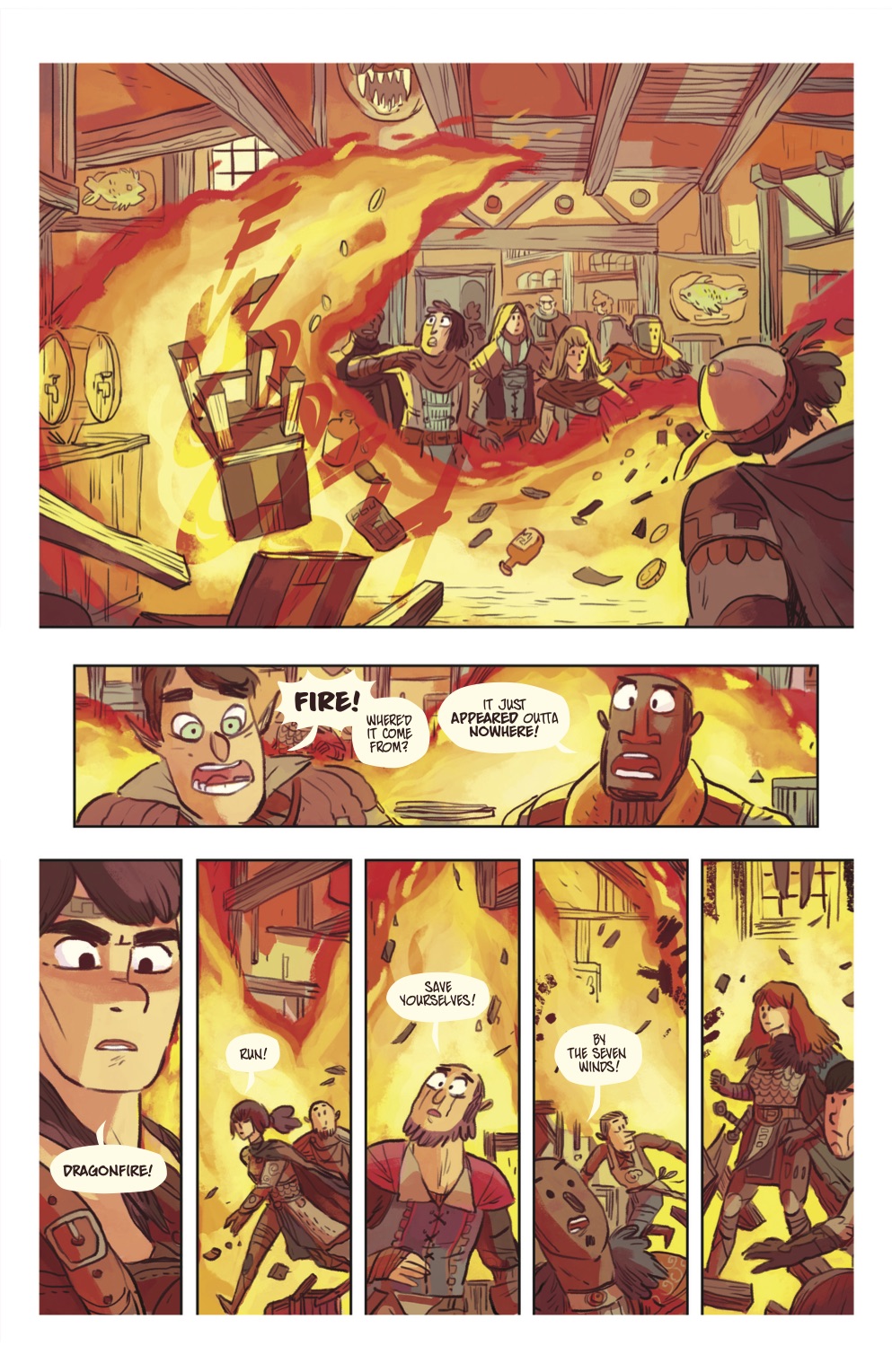