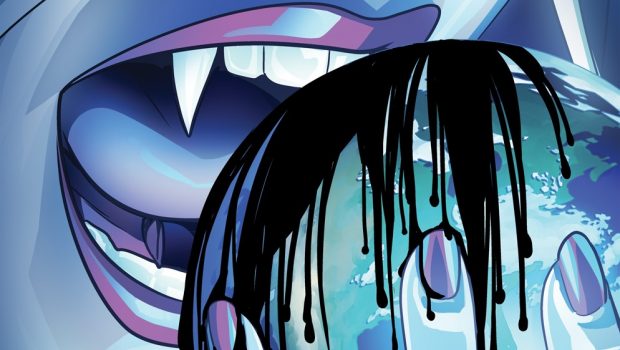 When Valla lived, she was a fisherwoman. In death, she is a vampire, peacefully residing on the bottom of the ocean—until a mysterious dark plague descends upon her aquatic paradise.

Searching for answers on the surface, Valla finds a world headed toward an environmental collapse that will ultimately wipe out her food supply. Now, to stay fed, she must take on the juggernaut that is the global fossil fuel industry.

“DARK FANG was largely born out of the anger and frustration I feel towards people either denying or having an apathetic attitude towards climate change,” said Gunter. “Working on this book has been a fun catharsis for all my frustration about the issue, and I hope it will be a catharsis for others who feel the same way.”

“I’ve worked on many books that are devoid of any meaning beyond its own self-contained universe,” said Shannon. “But this is the first time I’ve had the opportunity to invest myself in something that is not only fun and sexy, but also has meaning beyond itself and our art form. It actually has something important to say and I find that tremendously exciting!” 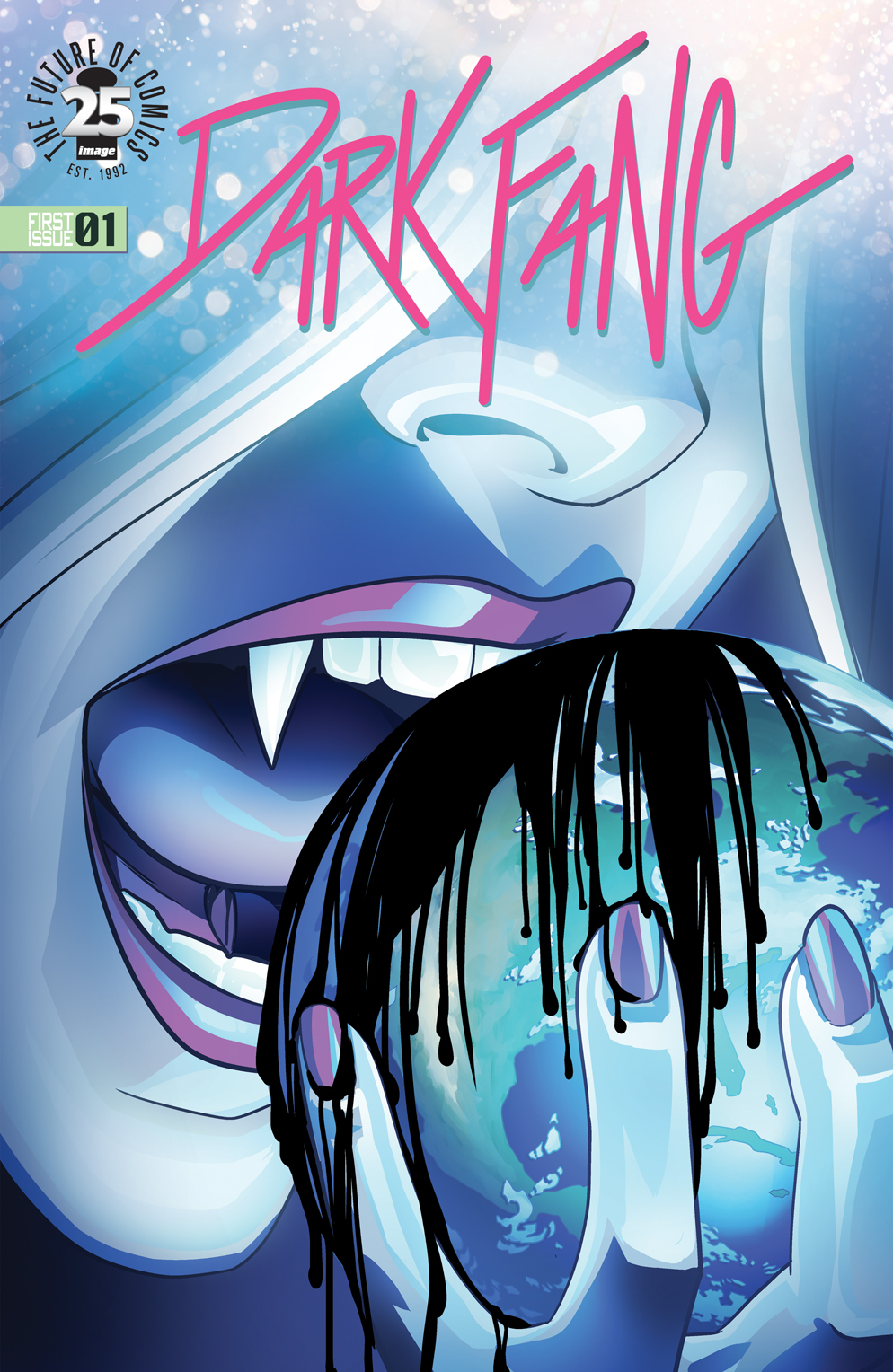