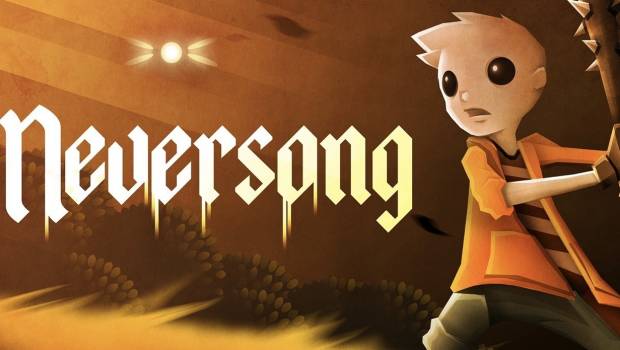 Summary: It’s a brief experience, although you can go back and hunt down all of the cards in order to add a few more hours of playtime, but the time that you do spend with the game are all relatively enjoyable and the game never threatens to overstay its welcome.

With an unnerving aesthetic that reminds the player of games like Limbo and Little Nightmares, which similarly follow a child protagonist through a twisted dreamscape, Neversong is a short but sweet little adventure / puzzler that builds upon the strengths of the foundations of developer Thomas Brush’s preQvious effort Pinstripe in order to offer up a charming little journey into the dark recesses of the mind. 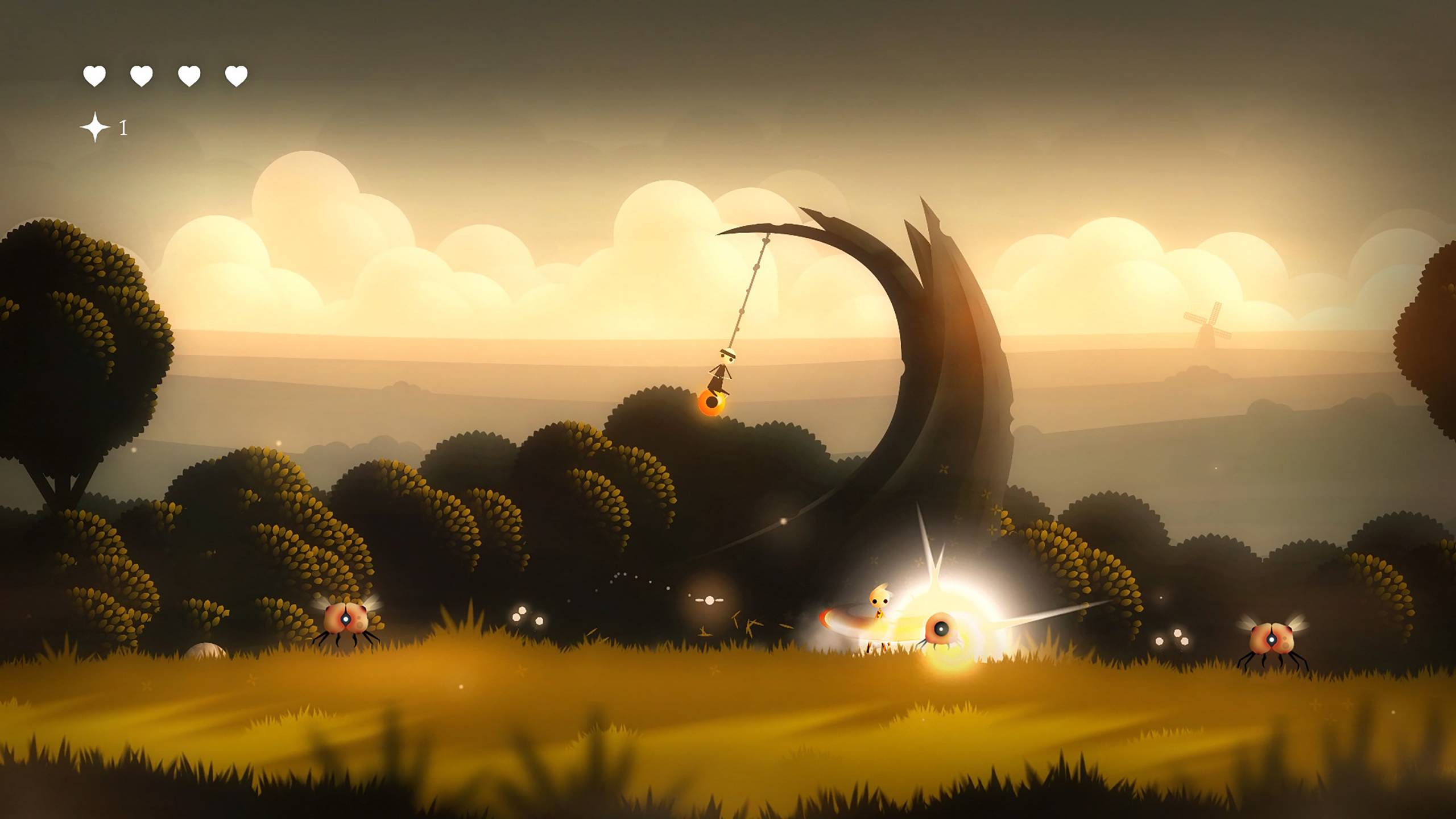 The basic narrative thrust of Neversong, a from-the-ground remake of a Flash game titled Coma and initially title Once Upon a Coma, sees players take control of Peet, a young lad who had fallen into a coma after an encounter with the ghoulish Dr. Smile sees his childhood companion whisked away; coming to some time after the events, Peet finds that his home town of Redwind Village populated only by children as, it’s explained, many parents banded together to search for Peet’s abducted friend Wren as well as other missing children.

It’s a dark set-up to the story, harkening back to the days when Fairy-tales were meant to inspire a bit of an edge along with the whimsy. The gameplay itself essentially boils down to physics based platforming, solving puzzles and exploring the village and surrounding areas in order to gain access to new abilities and, by proxy, new environments as well trying to figure out just what happened to your friend and all of the missing adults. 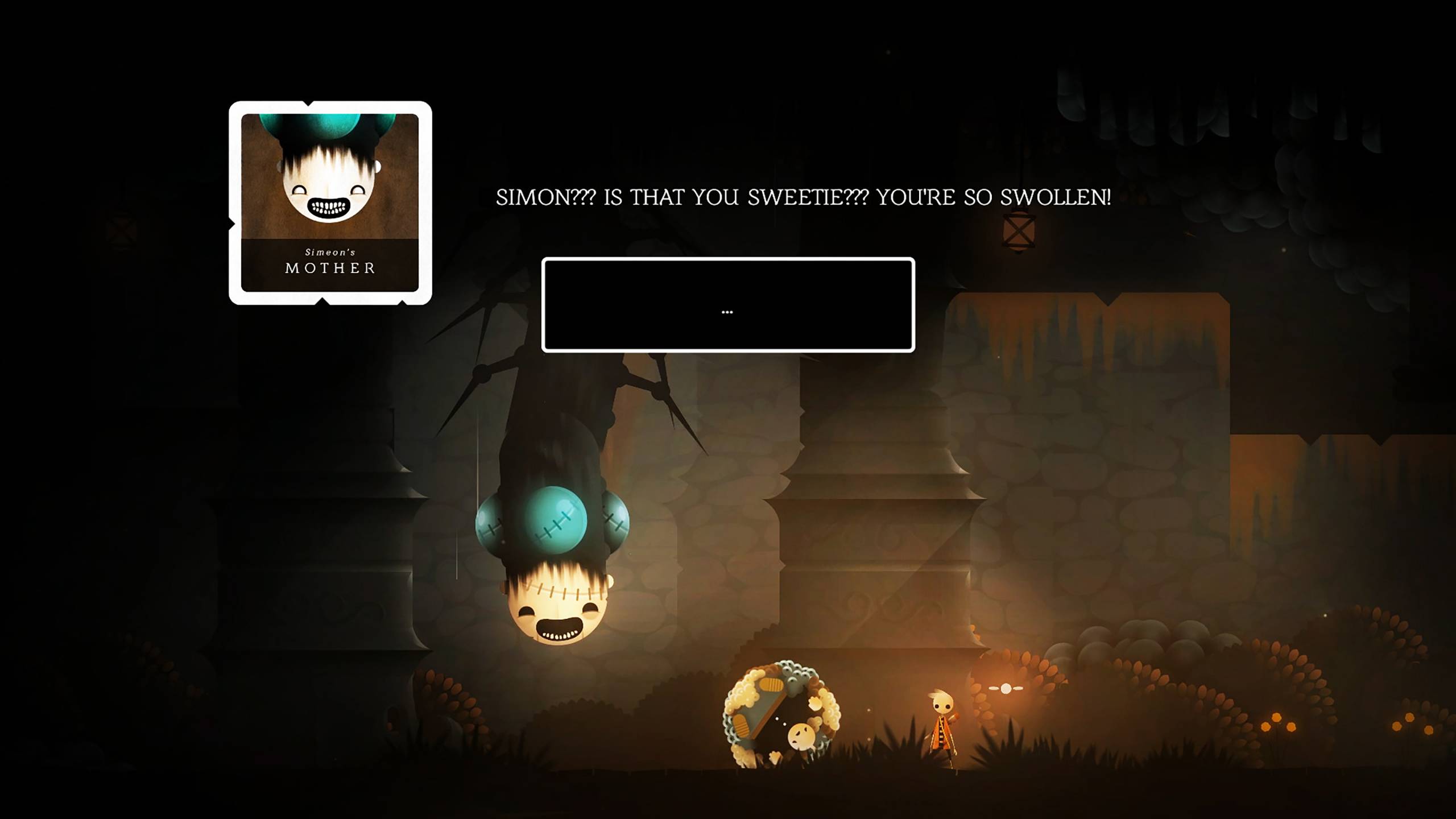 The 2D platforming feels fluid and intuitive, although sometimes it doesn’t feel exactly precise enough for certain manoeuvres the game wants you to pull off; some of the more physics heavy sections can get a bit monotonous after you miss a jump by mere pixels for the tenth time, although some of this is compounded by not always having a clear indication of where to go, meaning you might be spending ten minutes trying to finesse your way over to an area that will become easily accessible upon unlocking an item further ahead.

As you progress further through the game you’ll gain access to items such as a skateboard, magnetic gloves and more that will allow you to explore previously closed off areas – It’s a traditional system that works so well because, in the right hands, it’s still an effective system and with six areas to work your way through, there’s a lot to keep players occupied throughout the seven or so hours it takes to get to the credits. 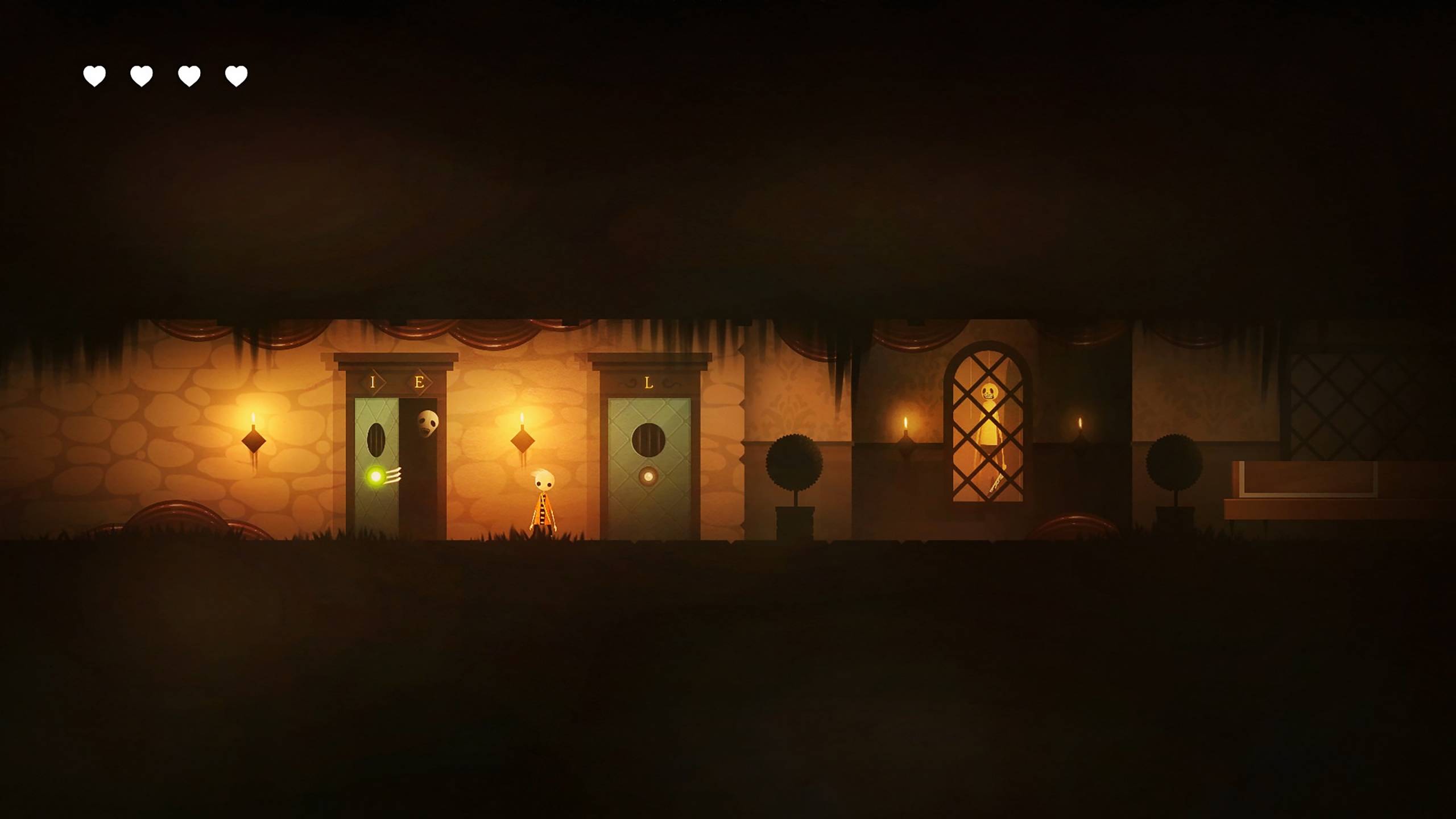 The Metroidvania structure of the game is well thought out and implemented, but if backtracking and all of the other tropes that come saddled with that genre doesn’t appeal to you, then Neversong isn’t going to be the game to change your mind in that respect.

For a game with such an oppressive opening and core conceit, Neversong packs a surprisingly large amount of humour into the story and Redwind Village and its surrounds are populated with an endearingly goofy and large cast of characters that go some way towards mitigating that darker sensibilities of the plot and art direction.

You can change your appearance via certain cards you find hidden along the way and the abundance of secrets hidden throughout stand as a testament to Brush’s attention to detail. The boss battles are more of an exercise in creepy implication than any real gaming challenge, with effective designs but lacking in execution and usually being overly-reliant on recently unlocked gimmicks. 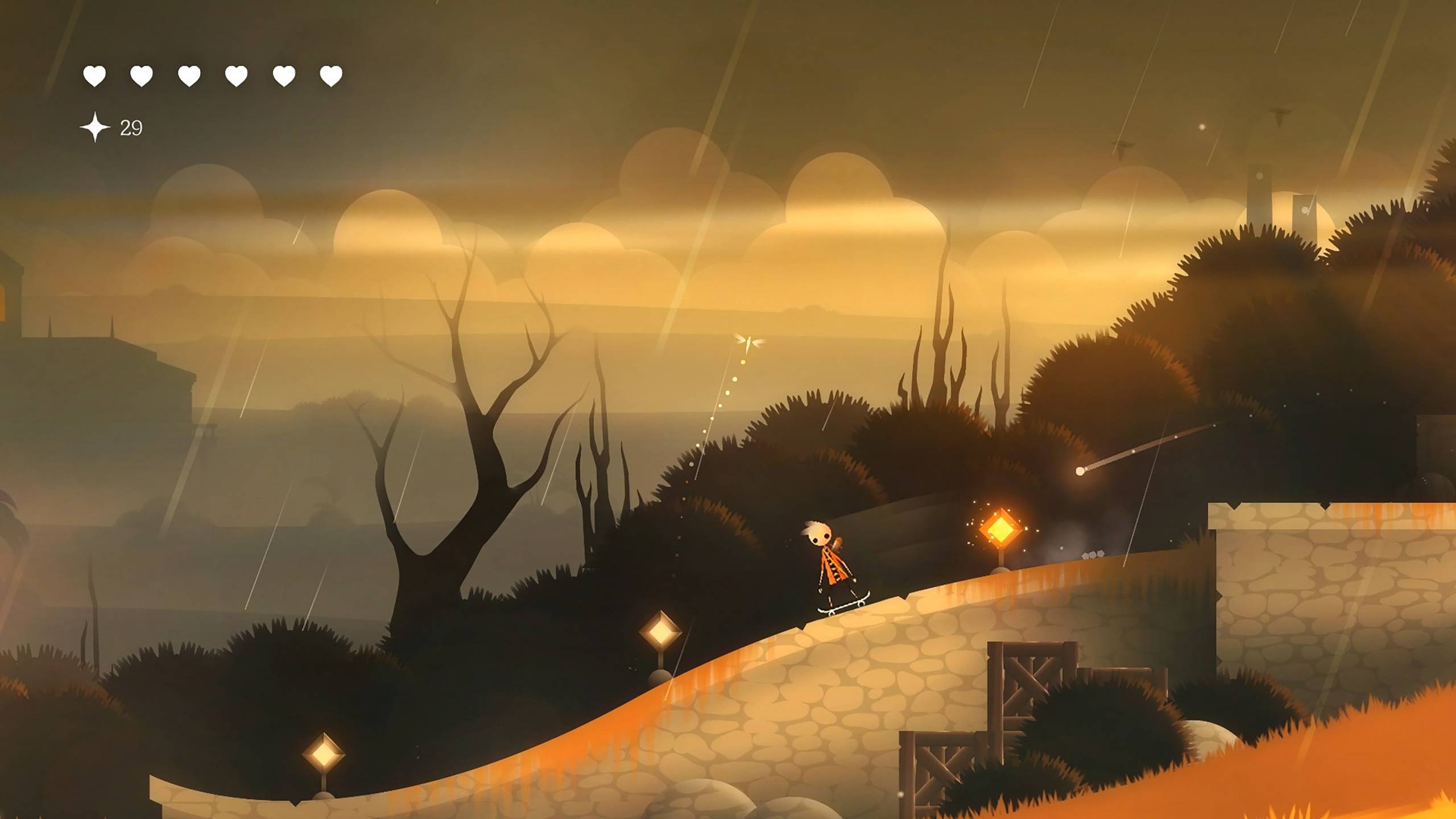 Neversong leans heavily into a kind of Johnen Vasquez-esque visual style, with the overt twisting of traditional fairy-tale elements and character designs, although the more minimalistic approach taken by Neversong results in its own unique but still visually impressive style. Character animations are smooth and fluent, translating to fairly solid control all throughout.

Atmos have done such a terrific job here that you often forget a majority of the work is owed to the efforts of one guy.

The audio is similarly accomplished, with a brooding soundtrack and sparse piano pieces bolstered by strong voice acting and ambient sound design. Music plays a very important part in the narrative of Neversong and the relationship between characters, so it was paramount that things worked in this department, which thankfully they do in spades. 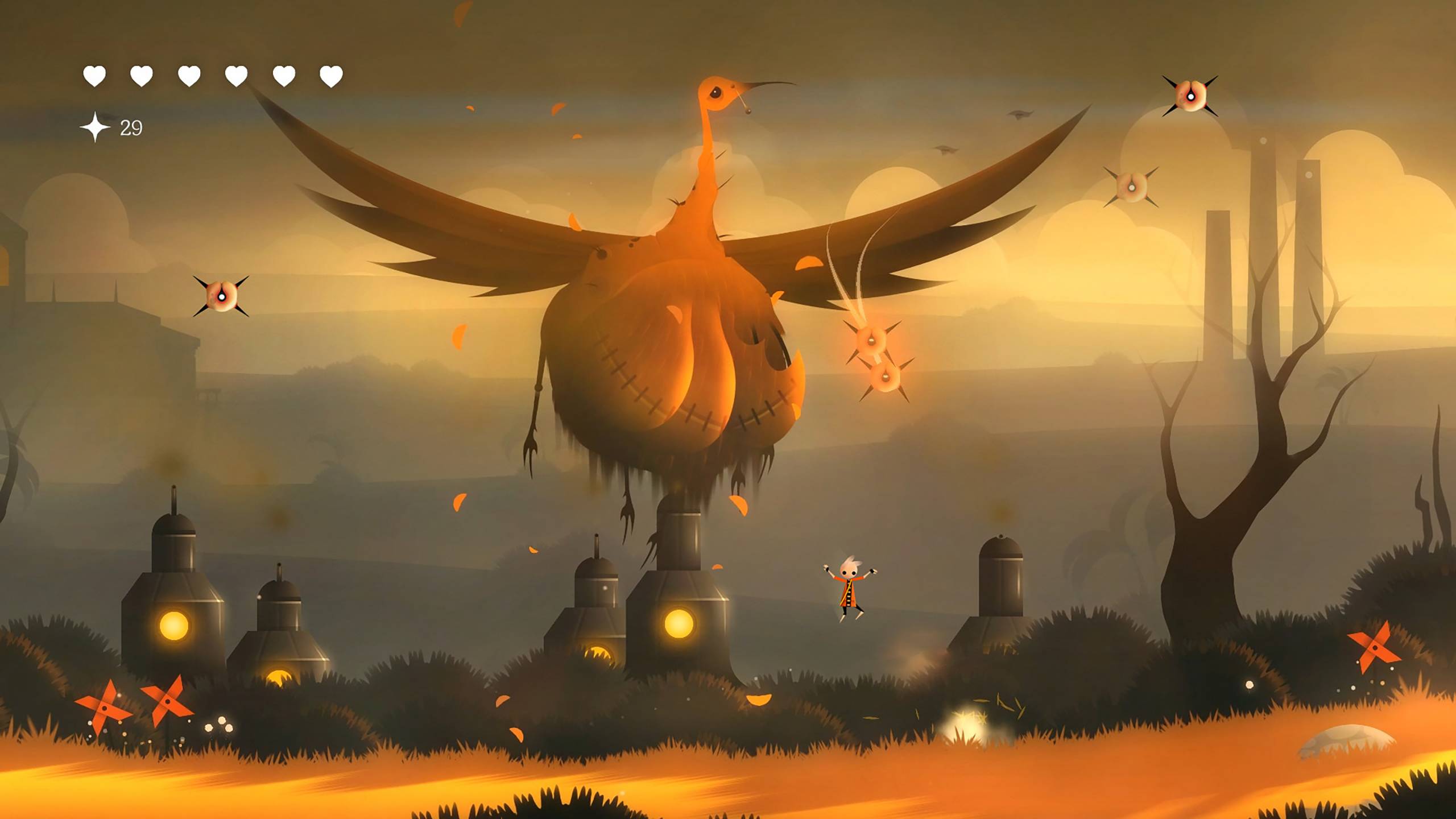 If you liked the tainted dreamlike aesthetic of games like Inside and the exploration and platforming of titles like Ori and the Blind Forest and Hollow Knight, but also appreciate a tightly constructed narrative then you can do far worse than giving Neversong a few hours of your time.

It’s a brief experience, although you can go back and hunt down all of the cards in order to add a few more hours of playtime, but the snippets of time that you do spend with the game are all relatively enjoyable and it never threatens to overstay its welcome. 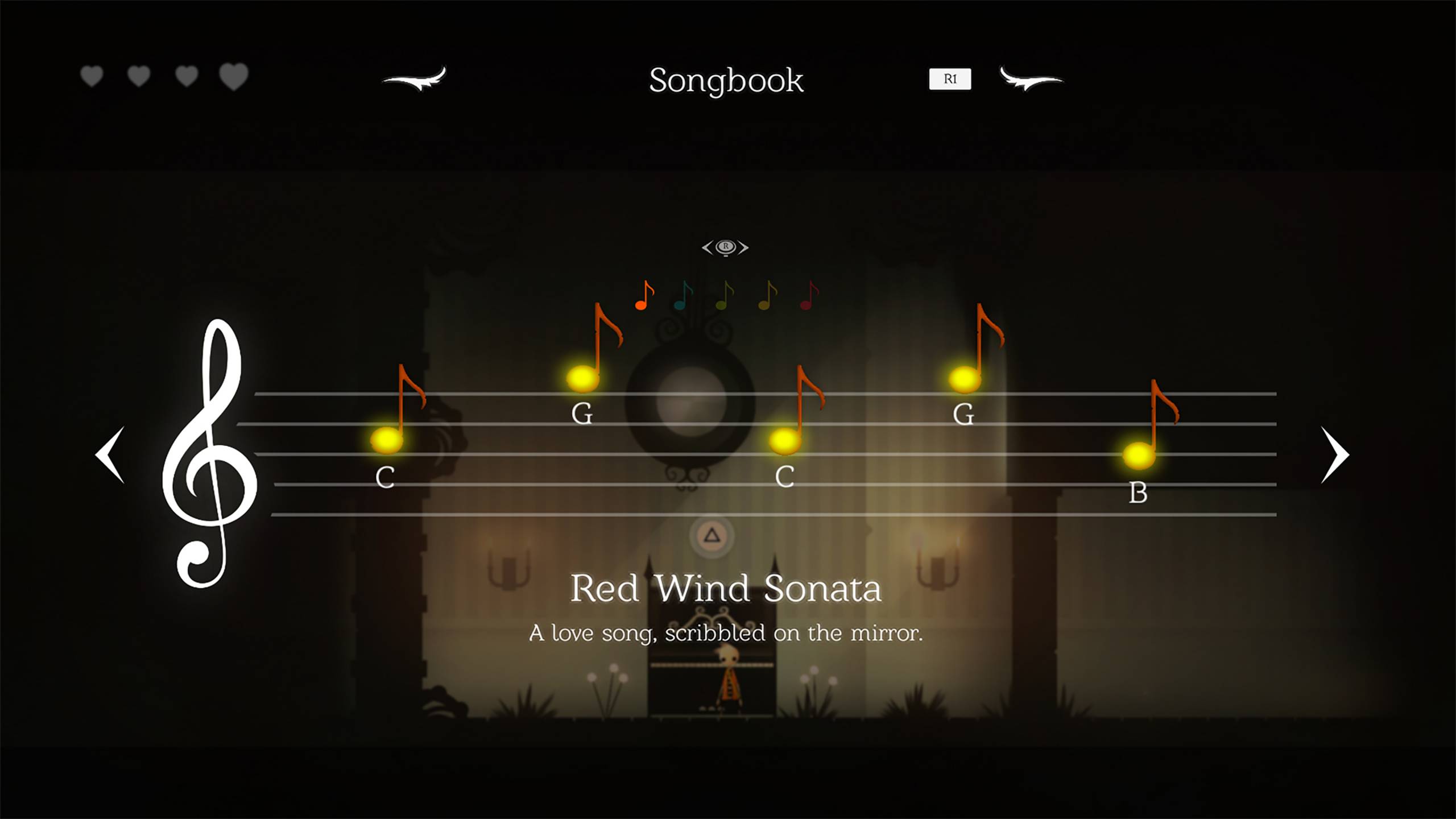 The art and sound design are absolutely terrific and, although it could be argued that the game doesn’t really add anything new to the genre, it can’t be denied that it has refined and built upon those genre foundations in order to offer up a robust and emotionally affecting gaming journey.

The boss battles can feel a bit lacking but for the most part Neversong is a solid entry that commands your attention from the moment you switch it on, although it could really do with some more endgame replayability. 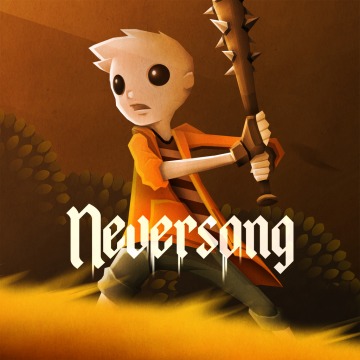