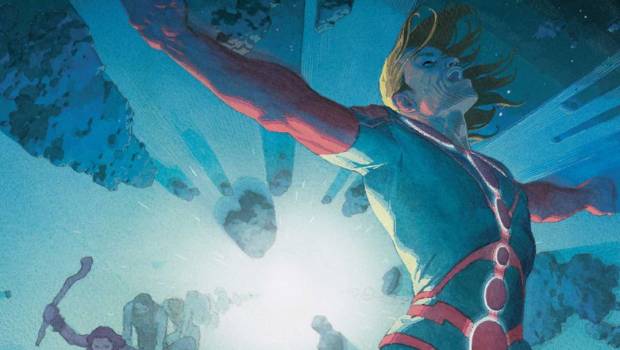 “I said if I was ever to do a book again at Marvel, it would have to be something I’ve never done before. This is exactly that. This is me teaming up with literally my favourite artist of the epic, taking one of those lightning-storm Kirby visions and re-making it to be as new as the day it was forged,” Gillen said. “While Esad makes whole worlds on the page, I’m applying all the skills I’ve developed when I was away. It’s a lot. It’s everything. There’s enough scale packed in here that I believe that when you look at the comic, you’ll see the pages slightly bulge. Essentially “Eternal” has to mean “never going out of style” which means we’re aiming for “Instant classic.” Also – fight scenes, horror, human drama, emotions, explosions. Comics!”

Whether you are a longtime fan of the Eternals or experiencing these enigmatic heroes and demons for the first time, be prepared for an unpredictable heroic journey that will change everything you thought you knew. Get your first look at this mind-melting new series in a special announcement video, featuring Esad Ribić’s stunning interior artwork and don’t miss ETERNALS #1 when it makes its way to your local comic shop this November!