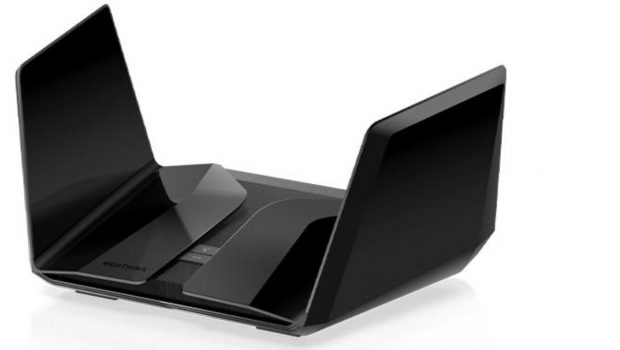 NETGEAR®, Inc. (NASDAQ: NTGR), the worldwide leading provider of award-winning advanced networking products for home and office has announced the Australian arrival of the world’s first all-purpose WiFi 6E router, the Nighthawk RAXE500 Tri-band WiFi router. Promised to elevate the WiFi experience by providing speeds up to 10.8Gbps[i], this latest addition to the Nighthawk line of performance routers ushers in a new era of fast connectivity on the new 6Ghz band, free of interference and congestion.

Working, learning, and video streaming from home has placed greater demands on home WiFi networks. Devices in these ultra-connected households have been in a constant contest for bandwidth on crowded WiFi networks. WiFi 6E resolves these congestion issues by adding previously unavailable 6GHz WiFi spectrum that can be used to broadcast WiFi signals and connect to more devices with faster speeds and reliability. Up until the introduction of WiFi 6E, WiFi routers have been limited to the 2.4GHz and 5GHz bands. The new third 6GHz band will dramatically increase the capacity of networks to support more devices.

“The proliferation of WiFi over the last few decades first stressed the 2.4 GHz band and then eventually the 5 GHz band with Wi-Fi 4, 5, and 6,” said Phil Solis, research director at IDC. “As regulatory bodies around the world open up the 6 GHz band, WiFi 6E networks will provide enabled devices with the breathing room to use large channels even in dense and congested areas with higher average data rates and lower latency.”

“Our mission at NETGEAR is to provide products with cutting edge technologies to enable people to work, learn, stream and game more effectively in a connected world,” said David Henry, President and GM of Connected Home Products for NETGEAR. “The Nighthawk RAXE500 Tri-band router is a game changing example of this and the first of many innovations for NETGEAR in the WiFI 6E space. We’re excited to see how it’s received in the Australian market and look forward to sharing our strong pipeline of WiFi 6E innovations in the future.”

The Nighthawk RAXE500 Tri-band WiFi router includes a free 30-day trial of NETGEAR Armor™ to protect the connected home from online threats. Armor’s multi-layered security is built into the RAXE500 router to provide the peace of mind that you have the best-in-class anti-virus, anti-malware, and data protection for your smart devices, smartphones, and computers. NETGEAR Armor provides protection for all your connected devices from Internet threats on the WiFi network as well as when off network and on-the-go[ii].

The NETGEAR Nighthawk RAXE500 Tri-band WiFi router will be is available for pre order on NETGEAR Australia online store now at an RRP of $1,099.