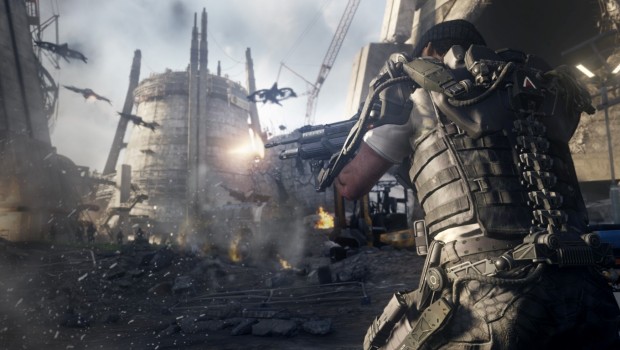 Nemesis – the Final DLC Pack in the Call of Duty: Ghosts Season of Downloadable Content – Is Available Now on Xbox Live

Nemesis – the Final DLC Pack in the Call of Duty: Ghosts Season of Downloadable Content – Is Available Now on Xbox Live

The Call of Duty®: Ghosts DLC season closes out with Nemesis, which introduces four new multiplayer maps, each featuring a unique Field Order, and includes the fourth and final entry, and epic conclusion to Extinction’s episodic narrative with “Episode 4: Exodus.”

Closing out Call of Duty: Ghosts final DLC Pack is the dramatic conclusion to the game’s episodic Extinction narrative. “Episode 4: Exodus” follows the CIF Unit’s harrowing escape from the alien underworld and the successful recovery of Dr. Cross and the cortex, with the team now tasked with fighting off the Cryptid army’s siege of the last bastion of human resistance. Your mission is to get key personnel to safety by restoring power to the shuttle and then launching it to a low Earth orbit space station. “Episode 4: Exodus” gives players unprecedented control of their escape route – choose your path, gather new intel, craft new weapons – and introduces the deadliest of Cryptid enemies with a range of lethal powers, including mind control and psionic attacks – the Ancestors.

Nemesis is available a la carte for a recommended retail price of $19.95, or as part of the Call of Duty: Ghosts DLC Season Pass, which gives fans access to all four epic Call of Duty: Ghosts DLC Packs** planned for release in 2014 – Onslaught, Devastation, Invasion and Nemesis – at the discounted* recommended retail price of $64.95.