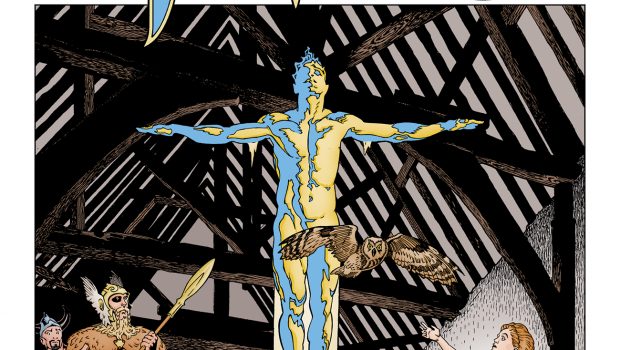 Explore the origins of poetry—good and bad—in this tale of malicious dwarfs, suspicious giants, and the wise god Kvasir, whose eventual fate leads to the creation of a powerful mead that many will fight and die for. 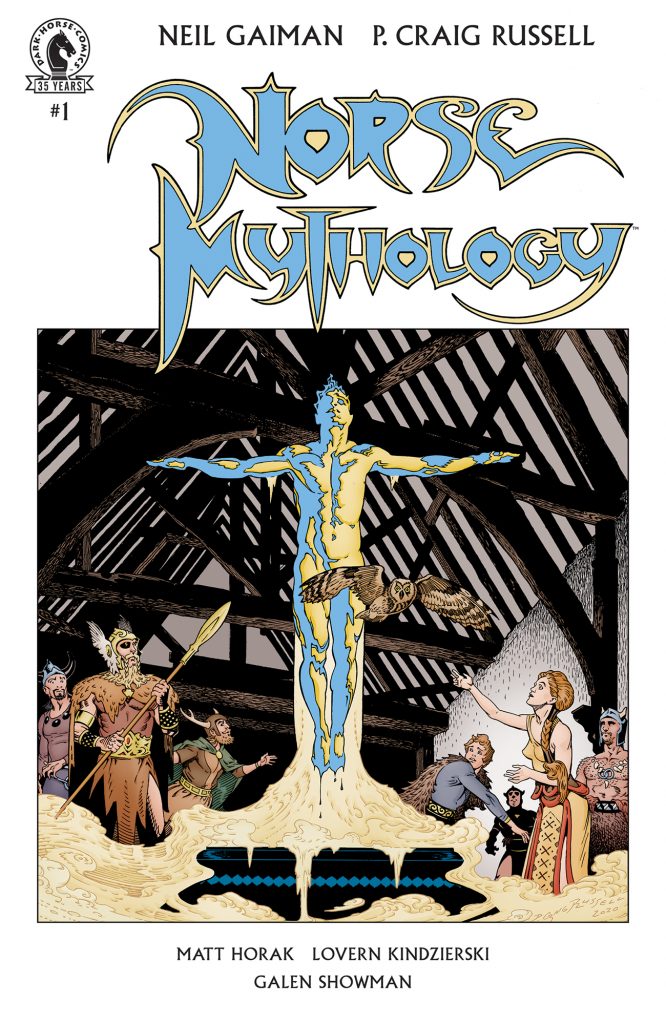 “It has been an absolute delight working with the slate of artists assembled for our adaptation of Neil Gaiman’s Norse Mythology,” says Russell. “Sending the artists the layouts and then seeing their finished pages come rolling back in, each having brought their own unique artistic vision to the page, has been great fun.”

Norse Mythology II #1 (of six) will be in comic shops on June 16, 2021. It is available for pre-order at your local comic shop.

“Weaving together ancient Norse mythology with 21st-century sensibility, Gaiman’s storytelling once again recreates an entire genre for the modern reader.”–Newsweek

“A gripping, suspenseful and quite wonderful reworking of these famous tales. Once you fall into the rhythm of its glinting prose, you will happily read on and on, in thrall to Gaiman’s skillful storytelling.”–Washington Post

“Norse Mythology delights in the gods’ petty machinations as much as their heroics. In these accessible, retold tales, fantasy is odd, and real, and dire.”–The Boston Globe

“Mr. Gaiman milks [the Norse gods’ hijinks] for all their humor and incongruity, very much in the spirit of the originals. . . . [He] has produced . . . a clear, continuous narrative, with big scenes the same as they always were but with emotional pointers added.”–The Wall Street Journal