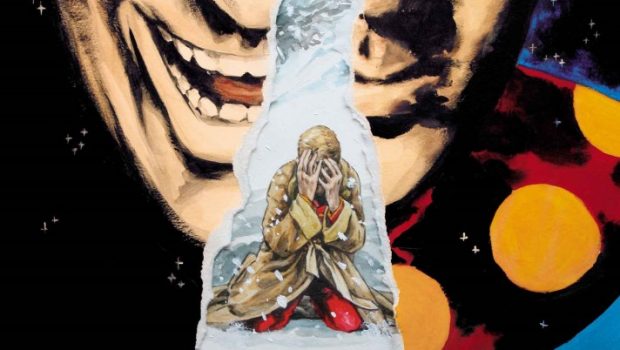 The wait is over! Neil Gaiman and Mark Buckingham present the story comic fans have waited decades for: the first ALL-NEW chapter of MIRACLEMAN: THE SILVER AGE! Young Miracleman is back from the dead and adapting to a strange new world, and this poignant and relevant super hero epic represents the next chapter in Miracleman’s monumental legacy.

Forty years ago, Miracleman reinvented the super hero genre and changed the world of comics as we know it. Now, these two industry legends return to do it all over again with this timely and riveting new beginning for the Age of Miracles! Fans new and old can first witness the epically remastered MIRACLEMAN BY GAIMAN & BUCKINGHAM: THE SILVER AGE #1-2, and then jump into the first thrilling all-new chapter of this groundbreaking saga in MIRACLEMAN BY GAIMAN & BUCKINGHAM: THE SILVER AGE #3! Back and more impactful than ever, this new story chronicles the bright Golden Age hero tackling the complexities of today’s modern world!

“This script was written 30 years ago and has never been seen until now. It feels so liberating to be able to bring people new Miracleman for the first time in three decades,” Gaiman said.

“We’re back! And after thirty years away it is both thrilling and terrifying,” Buckingham said. “Neil and I have had these stories in our heads since 1989, so it is amazing to finally be on the verge of sharing them with our readers.”

Get a first look at this new chapter set high atop the Himalayas where Dickie Dauntless, aka Young Miracleman, is on a desperate search to find his place in the Age of Miracles. Before finding new allies, he’ll first have to confront his frightening past with Johnny Bates! It’s Young Miracleman and Kid Miracleman face-to-face at last! This perfect jumping on point will add new depth to the character of Young Miracleman as he takes a brave first step to living life as his true self.

“I have pushed myself to my limit to craft something special for these issues,” Buckingham continued. “Cinematic in approach, clean and elegant, drawing on the best of my own style, but also paying homage to the exceptional talents of all who came before us, whose unique visions have shaped this ground-breaking series over forty years, and the 1950’s MARVELMAN foundations on which it was built.” 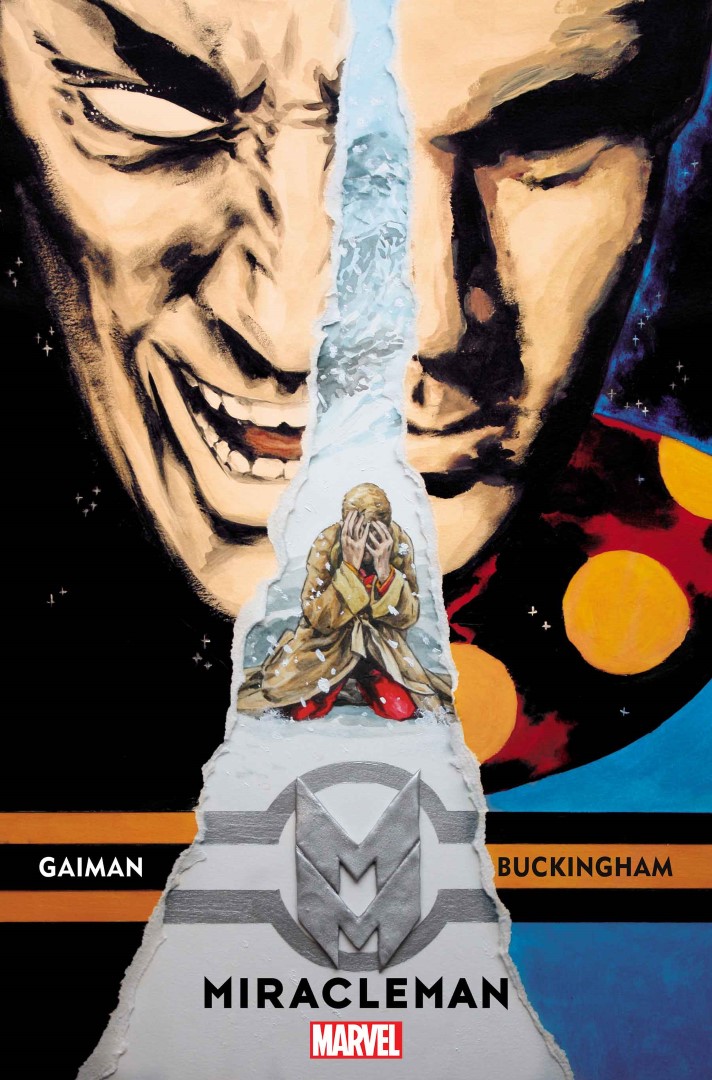 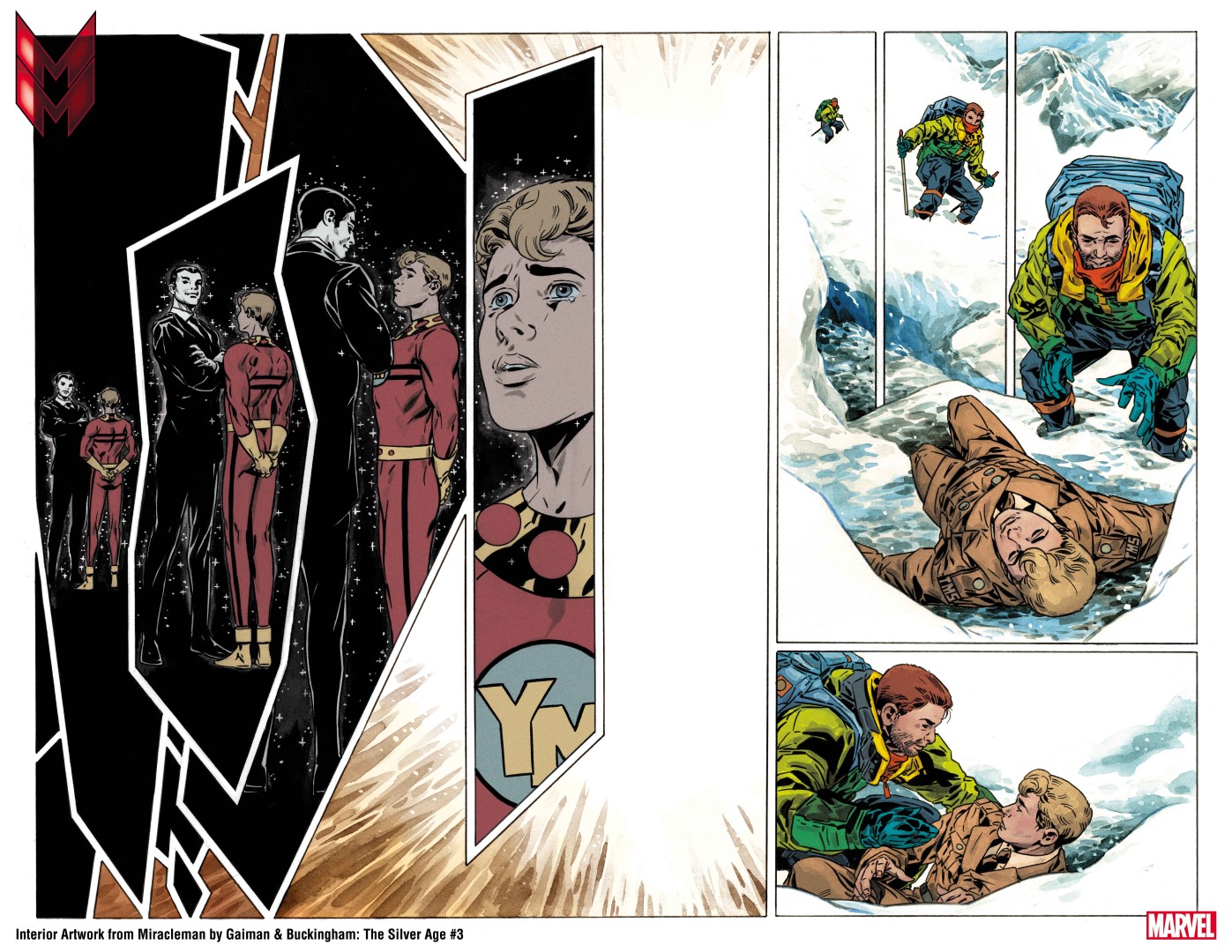 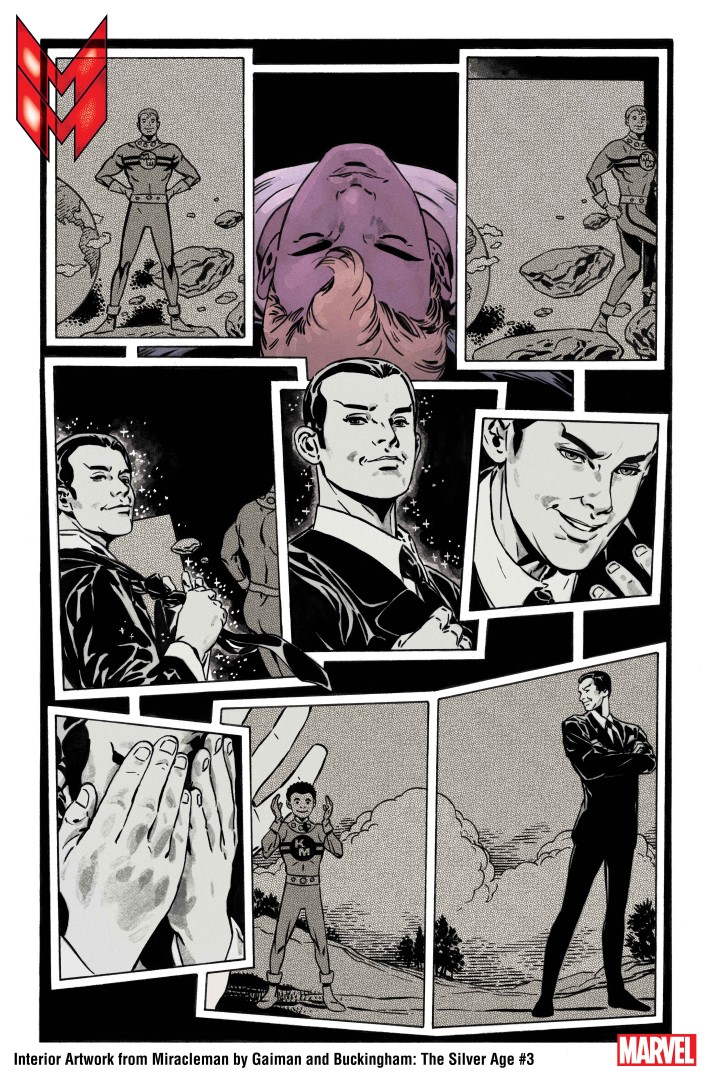