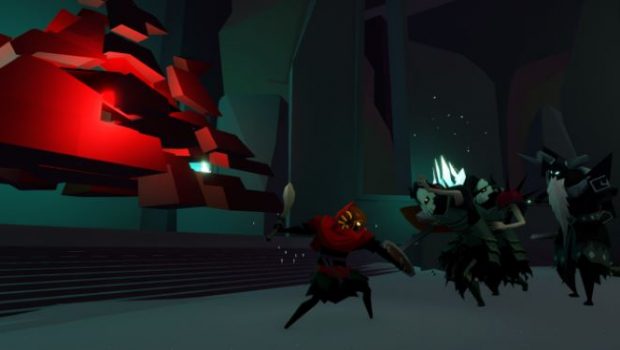 BANDAI NAMCO Entertainment Europe has new assets available to download for NECROPOLIS, the award-winning procedural death labyrinth available today on STEAM from Harebrained Schemes. This highly anticipated permadeth 3D Action Roguelite explodes with off-kilter humor, eye-catching minimalist art, diabolical traps, and more ravenous creatures than one adventurer can handle – so make sure to bring a friend along… or maybe three. NECROPOLIS features easy drop-in/drop-out four-person co-op multiplayer so no one has to die alone.

In NECROPOLIS, you play as a nameless adventurer attempting to escape a living, magical dungeon that reconstructs itself each time you play, with only one way out – down. Craft, equip, explore, and fight to stay alive as you delve deeper and face ever-greater threats in the twisting halls and endless chasms of the NECROPOLIS. Have no doubt; you’re going to die – often! – but with procedurally generated environments, creatures, and loot, each game is different. Plus, you’ll improve your combat skills, gain valuable upgrades, and add dungeon know-how with every playthrough, bringing you one step closer to the exit. (WARNING: “Just one more time” mindset can be addicting.)

NECROPOLIS is available today on STEAM for PC from Harebrained Schemes and will be available for the PlayStation®4 computer entertainment system and Xbox One later this year published by BANDAI NAMCO Entertainment Europe.