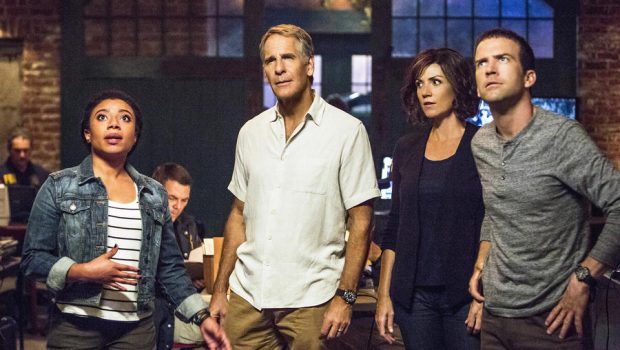 In Season 13 of the hit series NCIS, the mission turns personal when a hostage situation traps one of their own, new evidence calls the unit’s conclusions into question and a threat from the past targets the team and its allies. Yet even when the danger hits close to home, Special Agent Gibbs (Mark Harmon) knows he can count on his skilled team to cope with the crises that affect U.S. military personnel and national security. As the stakes rise higher than ever, Special Agent DiNozzo (Michael Weatherly) makes his final exit in the unforgettable season finale.

Celebrating its milestone 300th episode and renewed for Season 14 and 15, NCIS: Season 13 is available to own on DVD from September 29, 2016 and on Digital now.

Welcoming the 150th episode and renewed for an eighth season, don’t miss the explosive adventures in NCIS: Los Angeles Season 7, available to own on DVD from September 29, 2016 and on Digital now.

Created by NCIS executive producer Gary Glasberg and renewed for a third season, NCIS: New Orleans Season 2 is available to own on DVD from September 29, 2016 and on Digital now.