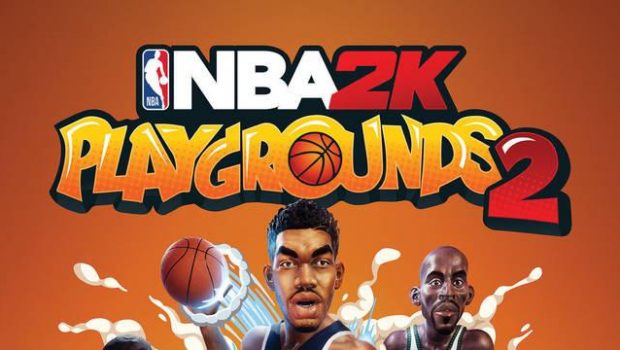 Summary: If NBA2K and NBA Jam got mashed together... you'd get NBA2K Playgrounds 2.

The eldest boy in our house is Basketball mad… he plays, he coaches he refs and when he’s not doing those things he watches or plays NBA2K (which he updates every year). I played one of the NBA2K titles and though I had some fun and can appreciate the detail and importance of the stats… it just wasn’t quite to my play style… but then there’s NBA2K Playgrounds 2. Borrowing quite clearly from the classic NBA Jam, Playgrounds 2 strips a lot of the simulation out of the game and replaces it with crazy enhancements and a more cartoonish aesthetic. It screams “This is just for fun” from the moment you see those characters on the cover/opening screen. 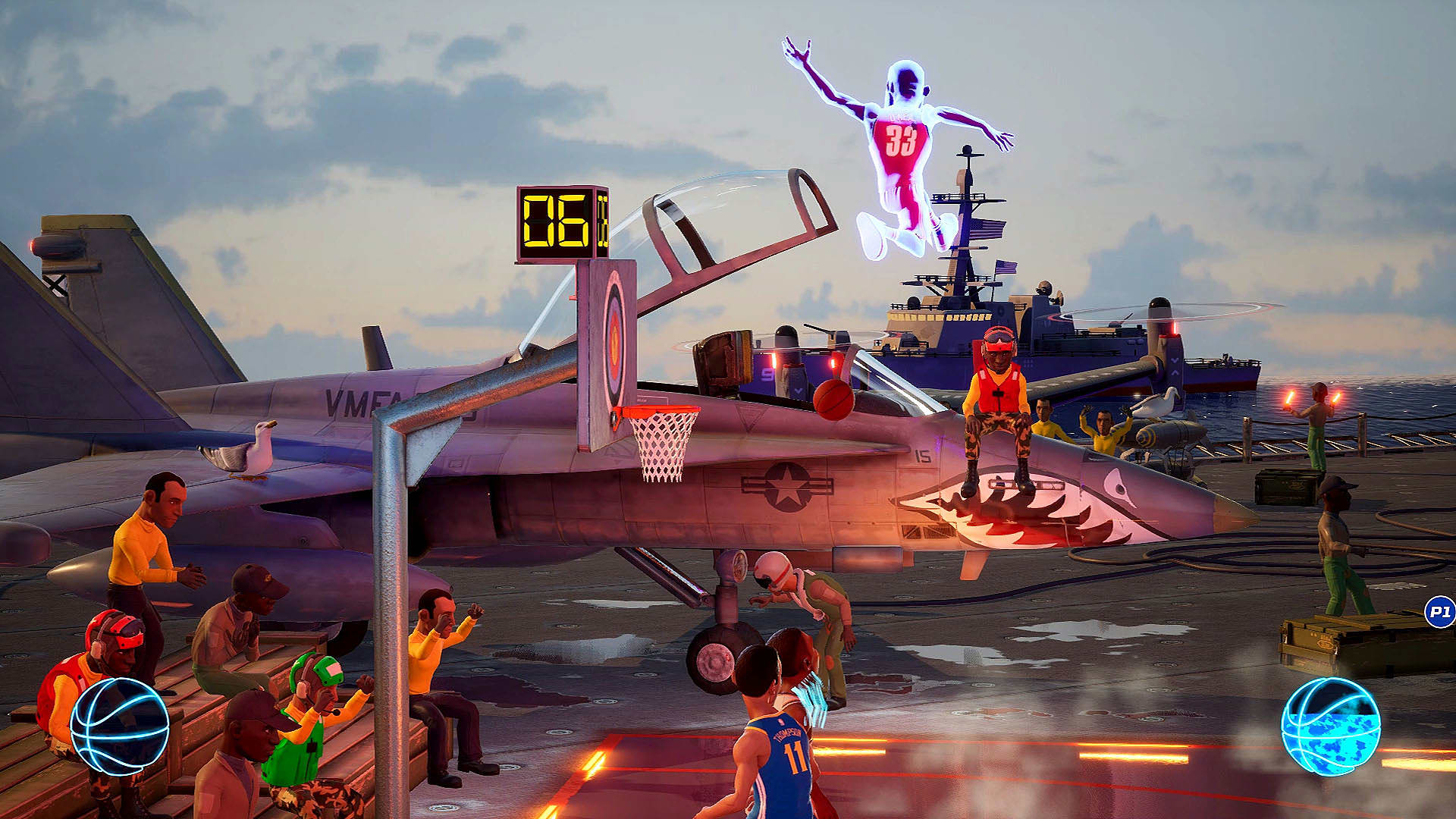 The core game revolves around two on two matches. You can either pick up and play a casual game or you can join the “campaign” mode and work your way through the teams to try and win the title. But it’s not standard two on two… as you play you can build up your lottery pick which when full will bestow a special ability for you or a negative impact to the opposition. You might gain unlimited stamina for a period of time or accelerate your opponents shot clock, you may freeze your opponents basket or have flawless accuracy for your next shot. These are a lot of fun and can certain change who is going to win. Locations vary from some interesting “street” settings to the more familiar NBA courts in the season mode all of which are quite visually striking. 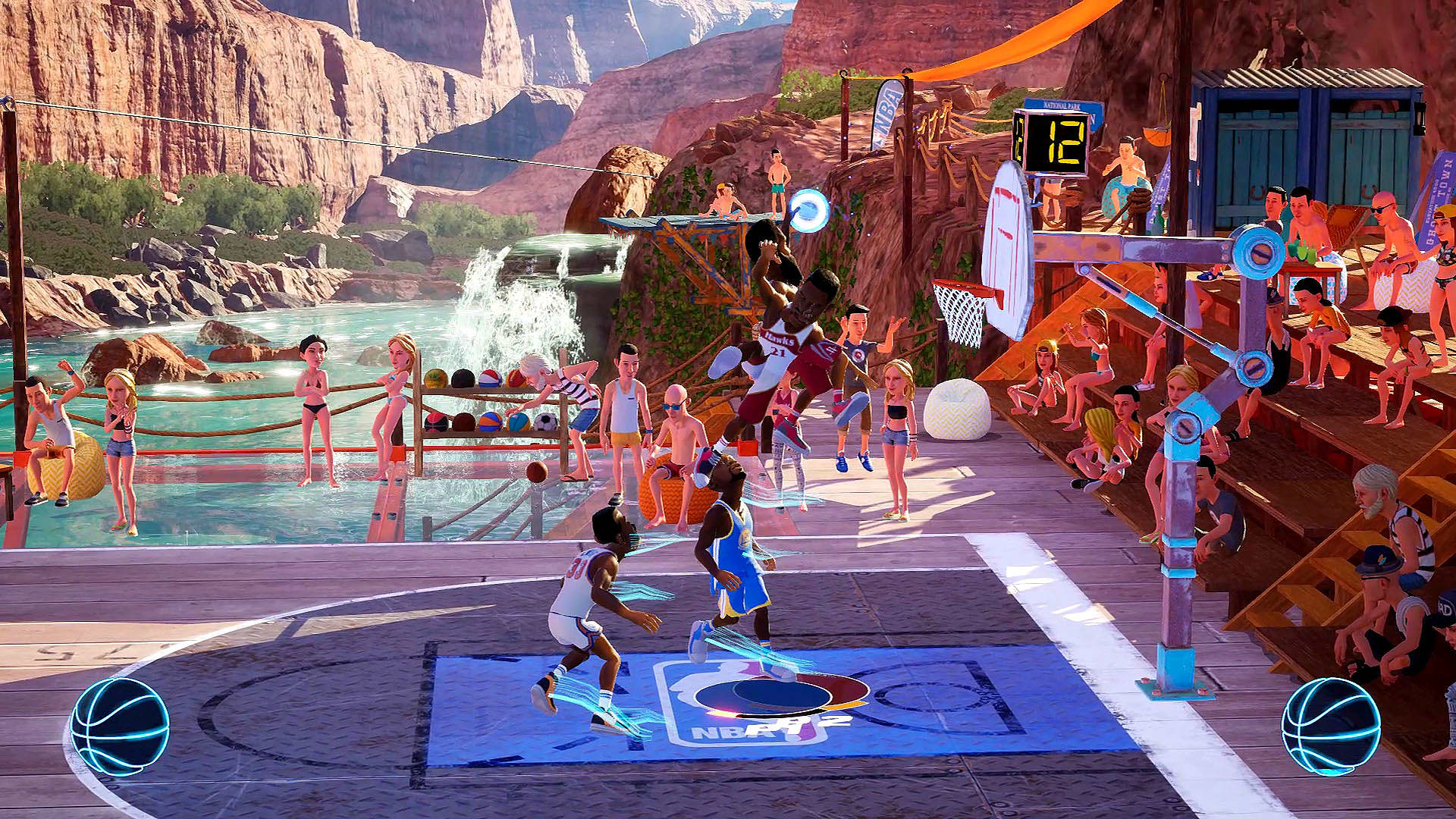 In addition to the casual play and season play, the other option you might want to try is the 3 point shootout. Play online or against friends, each game only lasts a few minutes so it’s easy to pick up and play in a party type atmosphere. Having said that… there’s not a lot of depth to the game so you might find it gets a little repetitive. Along with striving to win the championships you can also unlock new players and vanity items… unfortunately there is still the option for in game transactions which I find personally a bit questionable… after paying full price for a game to then have a system in game that is designed to lure people into spending more for enhancements to the game seems some what greedy. On the other hand… you can actually build up in game credit that you can spend on the enhancements/characters so at least you can grind your way to your favourite NBA stars. 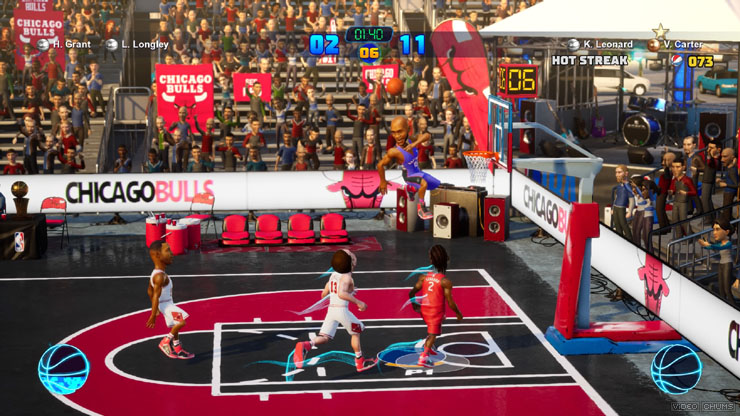 The bottom line is this game won’t appeal to everyone. For hardcore NBA fans it may just lack the depth they want… it doesn’t require a lot of strategy to play or team building to create the ultimate roster… it really is just pick up and play. For me that is the strength of the game though. At the moment it’s fun to pick it up and play for a while, get through a few matches and go on to something else. Will it get tiring… maybe, but then I can leave it for a while and know that when I pick it up again a few months later I won’t spend ages trying to relearn the controls or to enjoy the game. 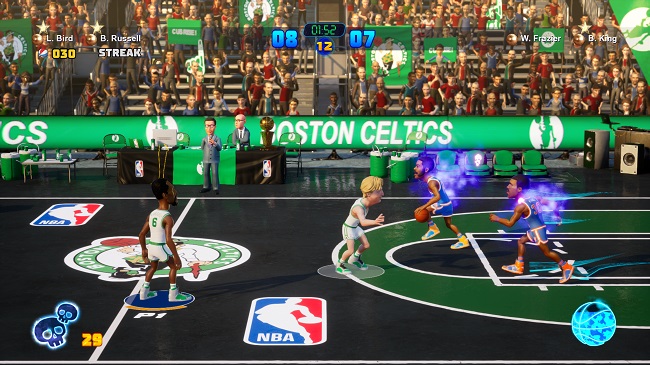 I would say if you enjoyed the over the top nature of NBA Jam and don’t want to think too hard about your gaming… NBA Playgrounds 2 is a great buy. Whether having friends round or just wanting a casual game to grab and play, there’s a lot of fun to be had here.