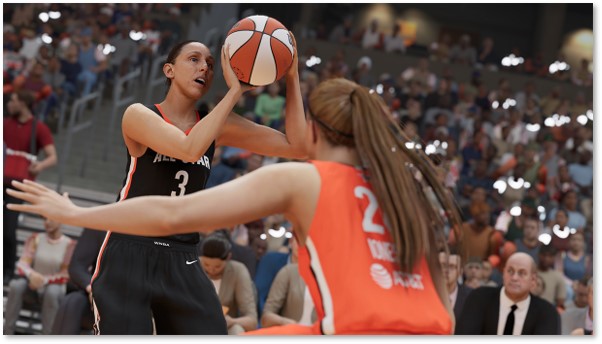 2K today unveiled new features and updates coming to The W* in NBA® 2K23 for PlayStation® 5 (PS5™) and Xbox Series X|S players. The W will introduce new ways to control how the league expands,  community challenges, and more all-new content.

“The WNBA is quickly growing and evolving, and we are ensuring that we also expand the breadth and scope of The W mode to bring fans of the WNBA more ways to experience it,” said Felicia Steenhouse, Senior Producer at Visual Concepts. “This year The W provides an even more authentic WNBA experience that players can enjoy, from choosing how to expand the league to leading the community to new heights.”

The W mode adds a number of new features, including:

For full details on the new updates coming to The W in NBA 2K23 for PlayStation 5 and Xbox Series X|S consoles, check out the latest Courtside Report. Stay tuned for additional deep dives in the coming weeks to reveal even more of what’s new in NBA 2K23.

Developed by Visual Concepts, NBA 2K23 is rated PG by the OFLC.