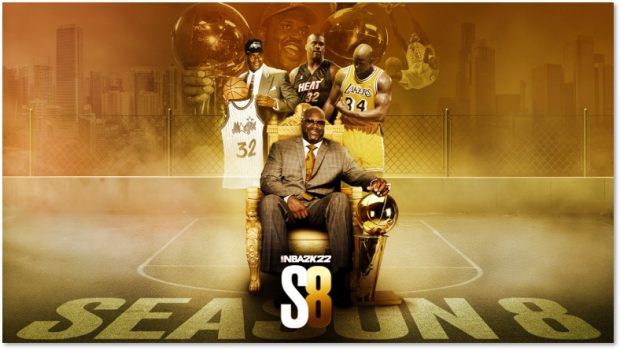 2K today revealed an in-depth look at Season 8 coming to NBA® 2K22 this Friday, July 1. In Season 8, players will chase glory and athletic brilliance for six weeks while earning new rewards along the way, as well as celebrate the historic legacy of this Season’s headline athlete, Shaquille O’Neal. Additionally, players can experience a brand new theme, new rewards, and Signature Challenges to complete throughout the quest for greatness.

NBA 2K22 Season 8 honours Shaq’s legendary combination of raw athleticism and finesse that dominated from coast to coast, showing fans that greatness is earned, not given. This Season also introduces many exciting new updates to MyCAREER and MyTEAM. More updates include:

For all the details on what’s included in Season 8 of NBA 2K22, check out the latest Courtside Report.

Developed by Visual Concepts, NBA 2K22 is rated PG by the OFLC.

*The City and The W are available on the new-generation of NBA 2K22 and require PlayStation 5 or Xbox Series X|S hardware to play.