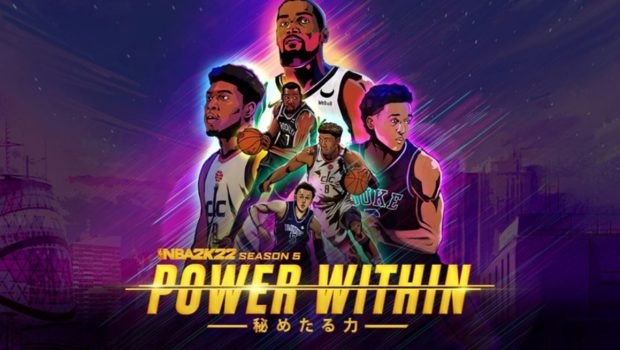 2K today revealed an in-depth look at Season 5 coming to NBA® 2K22 this Friday, February 25. Anime has arrived in The City and Cancha Del Mar, where players can experience ani-mazing apparel, a futuristic hoverboard, and a powerful Grand Prize. Season 5 also includes new music added to the soundtrack in partnership with Ninja Tune and lots of new content and updates across MyCAREER, MyTEAM, and The W* modes.

NBA 2K22 Season 5: ‘Power Within’ dives into players awakening a rare, legendary power that only a few possess. The anime-style journey features two-time champion Kevin Durant, 2019 first-round pick Rui Hachimura, and if the prophecy is true, future NBA superstar Paolo Banchero. While discovering the Power Within, players will experience the following:

For all the details on what’s included in Season 5 of NBA 2K22, check out the latest Courtside Report.