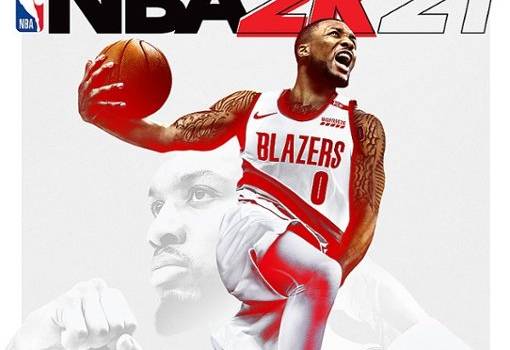 For twenty years NBA 2K games have been in our lives. And as one NBA season nears its conclusions, a new one is around the corner. And that means NBA 2K21 is coming…

With a demo just released to whet your appetite, the full version is planned for release in the ‘holiday 2020’ time period to align with both Christmas sales and mirror the next NBA season start date plan. Following a live chat with the games developers I wanted to share the latest updates with my fellow gamers.

The developers proudly state their goals are to create ‘the best and most robust sports video game on the market’. And the NBA2K franchise has continually done that through its breadth of offerings within the game; whether you want to play casually, be the star player, or the wily GM, the game provides options to experience the game from a variety of viewpoints. The biggest challenge in all sports games is making movement and gameplay realistic, and the release of new graphics, controls, game depth, and music all aim to achieve this in the latest 2K edition.

The biggest gameplay change has been to adapt to the evolving nature of basketball we see our NBA stars produce on a nightly basis. No longer are point guards the short player who passes well, just as centers are no longer the tall guy who stands next to the rim. Basketball is evolving and NBA2K21 is evolving with them. As a result, a more flexible player builder has been created, offering greater nuance in attributes, badges and signature movements (including on defense) to allow us to create the 6’8” point guards we see romping through the league on a nightly basis. With this comes larger player speed ranges and better physics that respond to weight and momentum all powered by the new ‘Pro stick’ control system offering gamers an experience which better rewards skill level. In addition, to adapt to their new cover star, Damian Lillard, a greater risk/reward element has been added to the game providing more varied ‘difficulty’ ratings for shots, which allows the stars to be stars; dropping bombs from the center court logo, or making fadeaway 3’s over a double team.. if you have the skill to get the timing right! The early responses to the new controls have been positive, with a general consensus it provides a cleaner and less cluttered control experience.

With Dame on the cover NBA2K21 the soundtrack will also feature his music alongside that of Rick Ross, Lil Baby and an extended list which is currently available on 2K21’s Spotify Playlist to get you in the mood. While music has always been an important element of the 2K series, the focus on Dame heightens the attention paid to this element in the new release.

Excitingly, NBA2K21 is being built to take advantage of the next generation of home gaming, the PS5 and XBOX Series X. This means, faster load times, updated graphics, and as a release title, it should mean that an extra amount of attention will be paid to this year’s installment. Importantly, for those of us that aren’t ready to pay full price for new consoles at their release, NBA2K21 will be released on current consoles, and any progress we make will be transferable to a new console when we finally save the pennies to upgrade.

The biggest news for the average gamer is the return of college action and even high school play to the ‘MyCAREER’ mode. With 10 licensed colleges on board, exciting titled ‘the long shadow’ your career experience will now involve playing at high school, selecting your college, and selecting your agent, all with the aim of increasing your attachment to your player.

As with all big games, the developers promises that fixes, polishes and updates will continue until release date and that they are monitoring player feedback, so download the demo and get chatting!