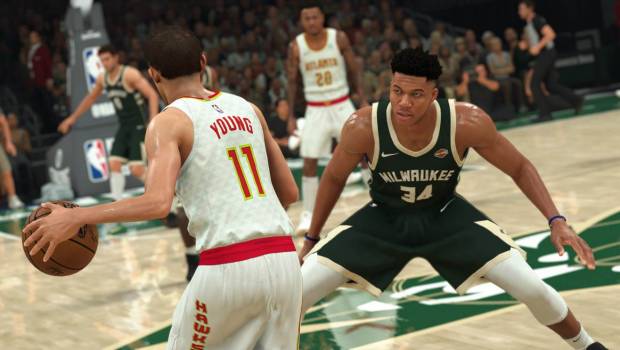 Today, 2K is thrilled to announce that NBA® 2K21, the next iteration of the top-rated and top-selling NBA video game simulation series of the past 19 years*, is now available on current-generation platforms in Australia and New Zealand. With its release, NBA 2K21 offers one-of-a-kind immersion into all facets of NBA basketball and basketball culture, including exciting improvements upon its best-in-class gameplay, competitive and community online features and deep, varied game modes.

“This may be one of the most unique years for the NBA and basketball gaming ever, and the team at Visual Concepts is proud to bring NBA 2K21 to millions of players around the world,” said Greg Thomas, president at Visual Concepts. “We’re very excited to jump on the sticks and join our community of players today; we can’t wait to see you on the court.”

The current-gen version of NBA 2K21 features several new additions and improvements, where veteran ballers and new players alike will find a variety of basketball experiences to dive into:

As part of today’s launch, 2K is celebrating all things NBA 2K21 with #2KDay across its social channels. The festivities include physical giveaways and Locker Code drops on Twitter, the “What’s Your 2K21 MyPLAYER Build?” Instagram camera effect and much more. The community is also invited to share their best 2K day moments under #ShowYourGame, where the best content will be highlighted by NBA 2K. Follow NBA 2K on TikTok, Instagram, Twitter, YouTube and Facebook for the latest NBA 2K21 news.

Developed by Visual Concepts, NBA 2K21 is rated PG from the OFLC. NBA 2K21 for PlayStation®5 and Xbox Series X will be available as a launch title this holiday. For more information on NBA 2K21, please visit https://nba.2k.com/