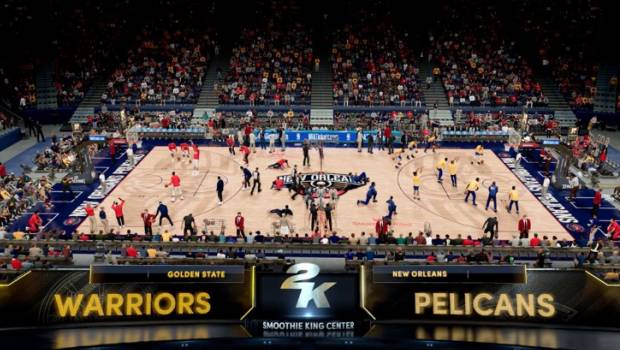 NBA 2K21 – Next Gen Gameplay with the Developers

Since the first reveal of NBA 2K21 gameplay on next-gen consoles, the team at Visual Concepts has been hard at work sharing more details on how the game is built from the ground up to fully utilize the full power, speed and technology of the PlayStation®5 and Xbox Series X|S. Today, Visual Concepts executive producer Erick Boenisch and gameplay director Mike Wang presented a closer look at some of the new advancements brought on by the arrival of next-gen hardware.

Commentating over new Golden State Warriors vs. New Orleans Pelicans gameplay footage captured directly from an in-progress build of NBA 2K21, Erick and Mike highlighted several examples of what the team was able to achieve in the next-gen version of the game. This included:

This Thursday, 2K will reveal new game modes and features exclusive to the next-gen version of NBA 2K21 and further down the road – a full unveil of NBA 2K’s online basketball community feature that replaces the experience known as the Neighbourhood.

The next-gen version of NBA 2K21 will be released on November 10 for Xbox Series X|S globally and on November 12 for PlayStation 5. For more information on NBA 2K21, please visit https://nba.2k.com/.