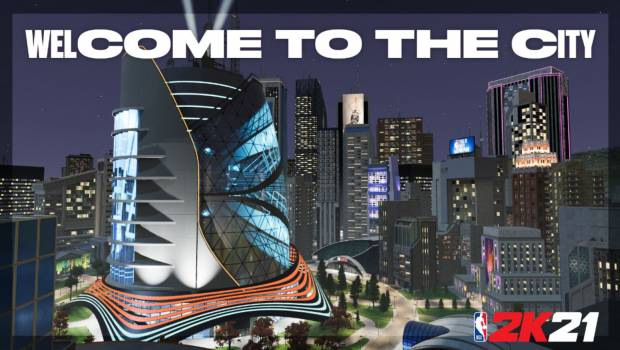 If you’re still on the fence in buying one of the all-new next-gen consoles, the Xbox Series X|S or the PS5 and you’re an NBA fan, this amazing trailer from 2K may just change your mind!

We’re roughly a week out from the release of NBA 2K21 for the next-gen PlayStation 5 and Xbox Series X|S platforms. I can’t believe it is basically already here! As I noted in the last Courtside Report I wrote, it has been an incredibly unique year for all of us here at VC, as it has been for many of our friends in the entire video games industry. To be in this position to kick off a whole new generation of NBA 2K games, alongside the next-gen console launches, speaks to the team’s unassailable hard work and dedication to make NBA 2K21 the best experience possible. My endless thanks goes out to the entire team at Visual Concepts!

So far in these Courtside Reports, we’ve talked about next-gen gameplay and all the innovations we’re bringing to player animation, collision, AI behavior, and so much more. The graphics…we’ve all seen the graphics! We’ve also introduced all-new WNBA experiences – The W, The W Online, and MyWNBA – that bring long-awaited gameplay modes to the women’s game in NBA 2K. And now, as you’ve undoubtedly already seen from the trailer, the team here at Visual Concepts is incredibly proud to present…The City!

But first, a little bit of history.

When we made NBA 2K14 for what was then the new, next-gen gaming consoles, we introduced “The Park.” The vision was to create a competitive online basketball environment that allowed our quickly growing community of NBA 2K fans to compete against each other outside of the authentic NBA experience. This meant allowing NBA 2K players to take their custom MyPLAYERs and bring them into a whole new place where you can compete with friends and complete strangers. Just like walking onto an outdoor court to run a half-court game or waiting for 5s at your local rec center, the Park was our version of playing pick-up basketball and taking part in its unique, competitive vibe.

Over the past seven years, it has evolved and expanded with features that enriched the online experience at every stop. The Park experience quickly grew into The Neighborhood as the NBA 2K community itself flourished, and it’s been our most popular feature over the years. We’re very proud about what we were able to build in the past and are astonished every day by the competition and creativity that our fans demonstrate in our world.

With all this said, I am proud to be the very first to welcome you to…

Here is The City at a quick glance: Imagine a map that is many, many times larger than previous Neighborhoods. A design that resembles a modern metropolis, complete with towering skyscrapers, sprawling plazas, and a city center. Oh, and it houses four distinct boroughs that are controlled by four rival Affiliations. And with that, I’m incredibly proud to announce that Affiliations are BACK! I’ll go into more details on Affiliations a little further below. For now, let’s keep painting the picture of what The City truly is.

The City is our most ambitious execution of a virtual basketball community…ever. The sheer amount and variety of buildings and basketball courts that we were able to create and fit into the map still amazes me to this day!

Let’s talk about the core components of The City and their functions:

Generally speaking, there are two lines of quests. The first is a series of single player 3v3 games you will be challenged with in the Warehouses found in the court area of each affiliation. Some of these can be pretty challenging as you’ll be facing off against some of the best players to ever lace up a pair of basketball shoes. The insides of the Warehouses are actually very cool. Astute players who enjoyed NBA 2K20’s Neighborhood will appreciate the throwback efforts within them! The other line of quests will encourage you to get out and play games in The City, and reward you for doing so. Simple as that. Complete all of the quests and you will earn some unique clothing items/accessories that are not sold in stores. Get out there and ball, my friends!

The City is big. The return of Affiliations, however, may be just as big – if not bigger. For some years now, one of the most requested features from the NBA 2K community has been Affiliation-based gameplay. Naturally, we’re incredibly excited to bring it back in a meaningful way that offers competitive depth to the City. This is something we have wanted to do for a number of years now, and the power of the next-gen consoles finally affords us the opportunity to see our vision through.

Let’s start with the basics. There are four Affiliations in The City:

Each has their own dedicated borough and set of Affiliation courts within The City. Rep up to Pro 1 by winning a few games in Rookieville, and you’ll be assigned to one of these four rival factions. If you didn’t land in your Affiliation of choice, you can always head to City Hall of the Affiliation you are interested in joining and file a transfer request. The penalty for changing your Affiliation is your Rep level will reset all the way down to Pro 1 (what you had when you graduated from Rookieville); I would encourage you to think long and hard before abandoning your team to jump ship!

So, who will run The City? At the core of Affiliations gameplay is rivalry and competition. It’s us vs. them. Who will be the best? We’ve designed this experience to be an ever-present grapple amongst the Knights, Vipers, Beasts, and Wildcats for bragging rights within The City. Here is what’s in-play as you represent your Affiliation:

This is now the second time I’ve mentioned the concept of the Mayors. Let’s dive in and take a closer look at what a Mayor is, and what they do for you…

A brand new dynamic we’re introducing as part of The City are…Mayors! Each Affiliation will be represented by a Mayor; they will be very influential in your day-to-day experience within The City. So what is a Mayor, and what do they do? And how do they become elected?

Let’s go over their responsibilities. Mayors are responsible for:

Mayors will also be interacting with their constituents via in-game polls and messaging that is all conveniently built directly into the menu system of The City.

Finally, let’s talk briefly about how Mayors come to be. For the launch of NBA 2K21, we have hand-selected the initial candidates for mayors (spoiler: they will be some of the biggest names from the NBA 2K community; you know all of them!). These four big-time community influencers will be leading the charge for our Mayor program. But these positions aren’t permanent! Every six weeks, we will be holding an election week in the game where you, the community representing your Affiliation, will have the final say on who becomes the next Mayor to represent the cause. These are going to be exciting times that can turn the tides of momentum! We have some fun ideas in store to make election weeks fun and memorable. Stay tuned!

With a map of this size, our objective was to populate it with as many ballers as possible. To make for a truly vibrant, dynamic environment, we’re supporting hundreds of MyPLAYERs simultaneously in the City. Here’s what’s new for every one of them:

The BMX bike has also seen a lot of improvements to its functionality and control this year. Aside from being one of the fastest vehicles in the city, it now allows you to perform a variety of tricks to show off your style. Land the 360 and you’ll get everyone’s attention. I should probably note, the skateboard also has its own set of tricks you can perform, in addition to the newly added grinding abilities!

One of our new vehicles, the Chopper, is a great way to flaunt your style. It’s not the fastest bike, but it’s not supposed to be. This one is all about looks and catching the attention of everyone around you. I’m a fan of all the different looks available here; more on the way too. This game will never stop growing and evolving!

Here at Visual Concepts, we see the dawn of a new generation as a chance to plant our flag and showcase to the world the kind of experiences we are capable of delivering to our dedicated fanbase. Born through a vision we started many years ago, NBA 2K21’s The City represents exactly that sentiment. The freedom afforded to us by the open-ended nature of The City is one we plan to grow with and into over the coming years.

2020 has been a challenging year for all of us in mankind. A global pandemic and devastating wildfires (in our neck of the woods) would have been cause for many to throw in the towel. To both my amazement and expectation, the development team here at VC buckled down, adjusted to their new norm, and delivered an experience that only we could deliver. I couldn’t be more proud of the team here, and more excited for our fans all around the world!

From our homes to yours, this one is for all of you! We’ll see you out there in The City!