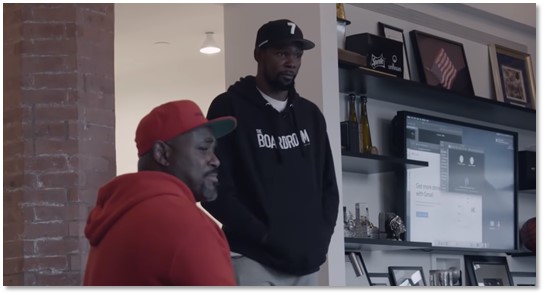 December 18, 2019 – 2K and UnitedMasters have announced the 10 winners of a global contest who will have their songs added to the NBA 2K20 in-game soundtrack.  Announced in July, the contest gave artists from around the world the chance to submit songs to UnitedMasters for the opportunity to be featured on the in-game soundtrack. This is the first-time users and fans of NBA 2K have been able to submit their own music to be included in an official soundtrack for the video game.

“2K is proud to be a leading music platform for established and up-and-coming artists,” said Alfie Brody, vice president of marketing for NBA 2K. “We strongly feel that music is integral to the NBA 2K experience and we are excited to offer our players a dynamically updated in-game soundtrack, which now includes these aspiring artists.”

The contest received over 10,000 song submissions from artists throughout the world. 2K and UnitedMasters narrowed the tracks down to a top-25 list with Steve Stoute, UnitedMasters Founder and CEO, and 10x NBA All-Star and 2x NBA Champion, Kevin Durant, selecting the 10 winners to be added to the game.

“TheNBA 2K soundtrack consistently showcases the best artists, and we’re excited that these UnitedMasters artists have the opportunity to bring their music to millions of new listeners. We expect that this is just the beginning for these talented musicians,” said Steve Stoute, founder and CEO of UnitedMasters. “We’re very proud to work with such a culturally significant and influential game like NBA 2K to showcase these artists and can’t wait for the millions of gamers to hear the next generation of music talent.”

“Music and basketball were always an important part of my life. I think what Steve is doing at UnitedMasters is amazing. If I can help put these talented artists with NBA 2K then it’s all comes full circle to music and ball for me,” said Kevin Durant.

Upon hearing he would be featured on the soundtrack, UM Artist Quantrelle added, “I thought it was dope because I planned on using a different distribution service to get my music out, but management suggested UnitedMasters and to see what they have done with momentum is a true testament on how UnitedMasters can help propel your career.”

UM Artist Fourtee reacted upon hearing the news said, “Honestly, it was an out of body experience. It felt unreal, but thank God I have really high expectations for my music.”

The launch track list for this year’s in-game soundtrack was revealed in July at ComplexCon in Chicago and is available to enjoy in-game and on Spotify. In addition to these 10 songs, the soundtrack will continue to be dynamically updated with new tracks over the coming months.