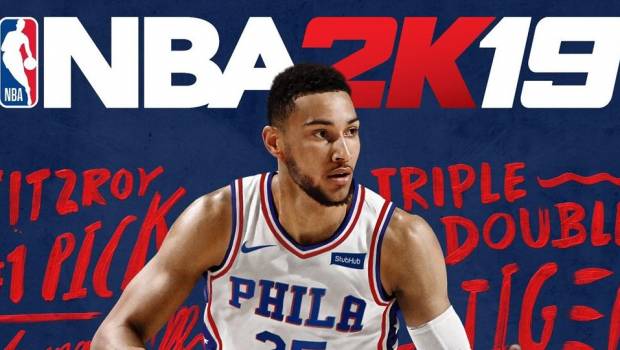 Sydney – July 5, 2018 – 2K today announced that NBA 2K will feature Rookie of the Year and ardent gamer Ben Simmons on the cover of NBA 2K19 in Australia and New Zealand. The ground-breaking cover features Australia’s latest global sporting superstar alongside a selection of words chosen by Simmons. Each term contains special meaning to Ben, including “Loyalty,” “Family,” and his signature “Triple Double.”

“It’s a huge honour to be recognised on the first-ever Australian cover for NBA 2K and represent the 76ers,” said Ben Simmons. “The Aussie fans are super passionate about basketball and specifically NBA 2K, so it’s very cool to be an ambassador for both”

“Ben is the future of the NBA and his drive and versatility have made him an undeniable force in the league,” said Alfie Brody, Vice President of Marketing for NBA 2K. “He’s the perfect cover athlete and we’re excited to feature him as our very first Australian cover star.”

During his debut season in the NBA Simmons set a host of records. He joined Oscar Robertson and Magic Johnson as only the third rookie in NBA history to reach 1,000 points, 500 rebounds and 500 assists and he was second only to Robertson for most triple-doubles in a rookie season. He beat Allen Iverson’s record of 567 assists to set the team rookie record and helped the Philadelphia 76ers qualify for the Eastern Conference playoffs with a record of 52–30, the best team performance since 2001. During the playoffs he became the first rookie since Magic Johnson in 1980 to have a triple-double, and only the fifth rookie in history to achieve this feat.

Developed by Visual Concepts, the NBA 2K19 Standard Edition will be available in Australia and New Zealand for Xbox One, PlayStation®4 system, Nintendo Switch and Windows PC platforms in both digital and physical formats on September 11, 2018.

NBA 2K19 will feature a double sided inlay in Australia & New Zealand which will display the Ben Simmons cover and the Giannis Antetokounmpo cover on either side.

Players looking to get a head start on NBA 2K19’s MyCAREER can download the all-new NBA 2K19: The Prelude beginning on August 31, 2018 available on Xbox One and PlayStation 4.