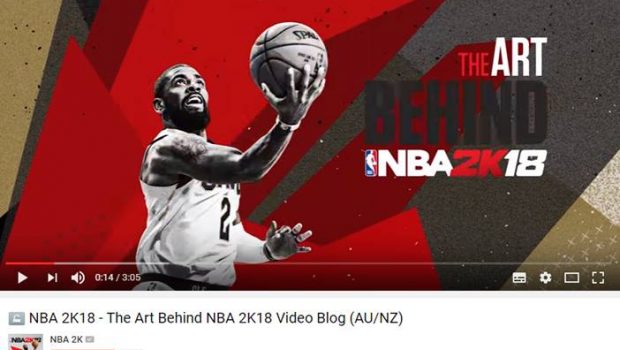 Today 2K released the first trailer for NBA 2K18, revealing major updates to the appearance of uniforms and the players themselves for the most true-to-life visuals yet. The developers utilized brand new processes – including new photo techniques and laser scanning – to ensure even the smallest of details were captured to create a hyper-realistic experience. These upgrades include:

To learn more about how the art came to life and for a first glimpse at gameplay, check out the trailer here: https://youtu.be/ucYfBc6XA5Y

2K also announced today that on September 8, 2017 fans can get a taste of NBA 2K18 early with this year’s version of  “The Prelude,” a free downloadable experience that begins your MyCAREER on PlayStation 4 and Xbox One. Players can kick-off their NBA 2K18 experience prior to the game’s launch and continue where they left off when the game officially releases one week later.

NBA 2K18 will be available on September 15, 2017. Fans can pre-order NBA 2K18 at participating vendors, ensuring they receive their copy and in-game bonuses on that date.