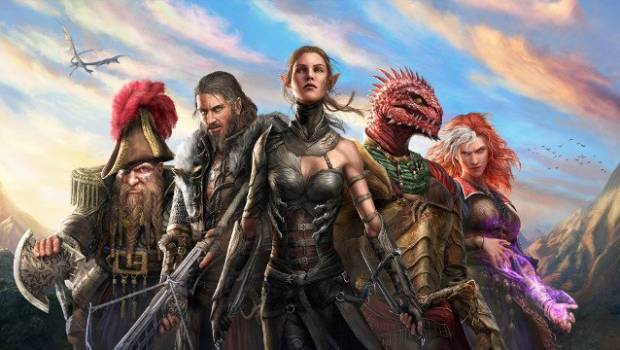 The new features will apply to the Xbox One Preview version, and include a host of new updates, such as 4K and HDR support (optimising the game for Xbox One X), better general performance, improvements to the UI, and bug fixes. The update has also now added achievements and hero stats.

This comes ahead of Divinity: Original Sin 2 – Definitive Edition’s full release on Playstation 4 and Xbox One on August 31, 2018.

Now, Larian Studios has upgraded the only RPG to offer split-screen co-op, and created all new features for Divinity: Original Sin 2 – Definitive Edition for console players, including: a party inventory system, a new journal system, a new tutorial, an updated PvP area, and a new Story Mode difficulty setting. The largest update will be the game’s third chapter, which has been completely rewritten, so that players both old and new can immerse themselves in Divinity: Original Sin 2 – Definitive Edition’s rich and compelling story. Players can also enjoy the new and expanded Arena PVP mode with new maps and characters.

And those that pre-order Divinity: Original Sin 2 – Definitive Edition will also receive the Sir Lora DLC at launch. The DLC features brand new squirrel companion Sir Lora, who requests your help from the Knights of Drey, an order of furry knights who believe in the coming of the Great Acorn. By recruiting this runaway squirrel, players will unlock skill-crafting recipes and most importantly, they will get the opportunity to dive deeper into the mysteries surrounding the Great Acorn!

For more details about BANDAI NAMCO Entertainment Europe’s other products, feel free to visit us at https://www.bandainamcoent.eu or follow us on Facebook at https://www.facebook.com/BandaiNamcoEU or join the conversation on Twitter at https://twitter.com/bandainamcoeu.