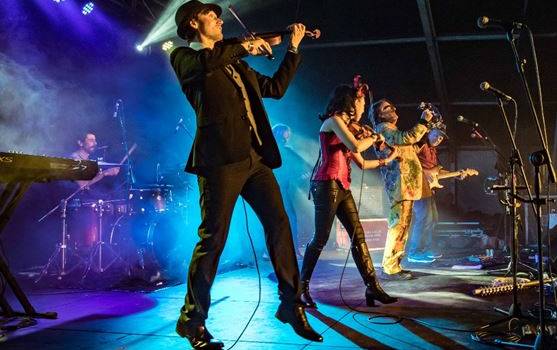 2018 marks the 16th anniversary of the National Celtic Festival – an opportunity to see world-class folk music from across the globe.

The festival will run from 8-11 June and has so far unveiled an impressive line-up of artists hailing from cities near and far, including legends of the Irish music scene Altan, who will perform as part of their 30th anniversary tour, Scottish stars Paul McKenna Band, and local Irish/Australian troubadours Hat Fitz and Cara.

The second line up announcements are:

Attracting over 15,000 punters every year, the National Celtic Festial transforms Portarlington’s foreshore and surrounding haunts into a bustling winter-wonderland of talented musicians and performers, presenting concerts across 14 stages, with showcases, dance, theatre, literature readings, masterclasses and more. It’s Australia’s premiere Celtic Folk festival and is rich in culture, music, dance and theatre – and only a 90 minute drive from Melbourne!

Visitors will be treated to The Folk Market, bursting with fine food and fresh produce from a wide range of food trucks, along with delicious local wines, craft brews and spirits from Victoria’s bespoke distilleries. The market is adjacent to the festival and free to the public, so non-ticket holders can get amongst it too.