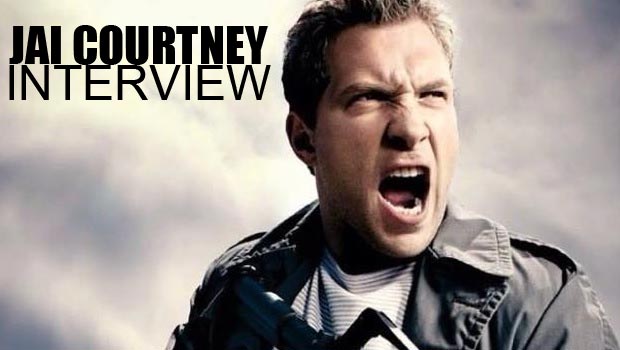 You are playing such an iconic character in Kyle Reece. Could you tell us a bit about the process and approach you took to the character? Were you concerned at all?

Yeah I think when I heard they were making another terminator film there was an element of caution I approached it with, not like full-blown apprehension. You just want to see something like this done well and it is a little delicate, I think we know the things that come along with rehashing a franchise that’s had so much success, and perhaps not so much as well. I think people are more loyal to the early films than the more recent two.

Coming in to make a fifth instalment of something so iconic and successful you need it to be done properly. I was a fan of T2 as a kid, so just kind of approaching that you want to know they’re doing it for the right reasons and I think any of my anxieties were put to rest when I read the script and saw what they wanted to do with it.

I think it’s a real intelligent approach. The threats that were around when the first film was made, you know, it was cold war and the Russians and that kind of thing. Now where technologies at and how much we’re letting it into our lives allowed them to explore that idea a lot, that really intrigued me as a concept.

As for playing an iconic role, I sort of toyed with that concept before when I made the Die Hard movie and stepping into something that is known. For me personally I don’t put too much weight on the expectation of what’s been done before me, there wasn’t an immense pressure to copy the performance of Michael Biehn from the first film.

I think you take the given circumstances of a character and look at it in context of the script you’re given at that time, so while there are some elements that are essentially the same i.e. he’s a soldier in the future resistance and gets sent back to save Sarah once he’s there everything’s changed.  It gave me room to play with the character and make it my own. 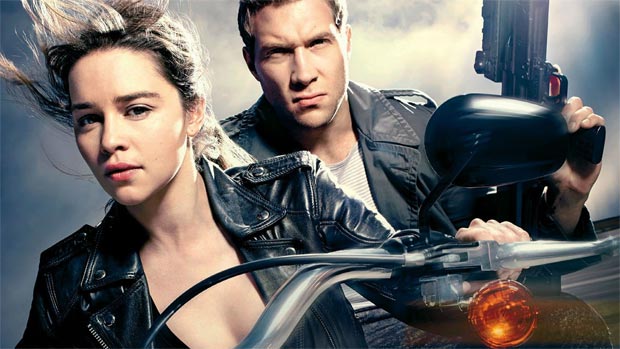 Initially when he went back to 1984 he was sent to protect Sarah and was he only protector, now he goes back and Sarah has grown up with the Terminator and can hold her own ground without Kyle. In light of this what other differences were presented with Kyle Reese’s character?

That’s the wonderful thing there’s a great tension and comedy to be played with that relationship. That was the challenge I thing, just trying to not give Kyle too much power or swagger.

I mean he is a guy who is a soldier and is somewhat hardened but he’s also not supposed to be the most likely candidate to take on this mission. His connection to Sarah is something he feels he has, this innate desire to be there for her and when he gets back everything’s changed and she’s an accomplished warrior of her own and she’s the real badass. This means that Kyle is playing this lost dog that’s always trying to catch up and there’s an interesting struggle there. 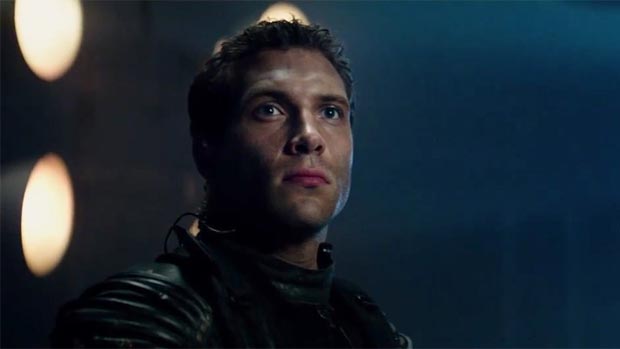 Are you on for the sequels?

If they make them, yeah, that’s common practice in the studio. I certainly hope that we do. There’s some talk that we may be shooting early next year but we’ll see.

Did the shooting of this film run smoothly? No injuries?

I did hurt myself on one particular occasion, wasn’t serious. Obviously measures are taken to make sure that everything is done safety and we have a massive team of stunt doubles and coordinators to make sure we’re safe. You are playing with real elements of danger with things like explosives because sometimes if you’re not watching what’s going on things can happen. 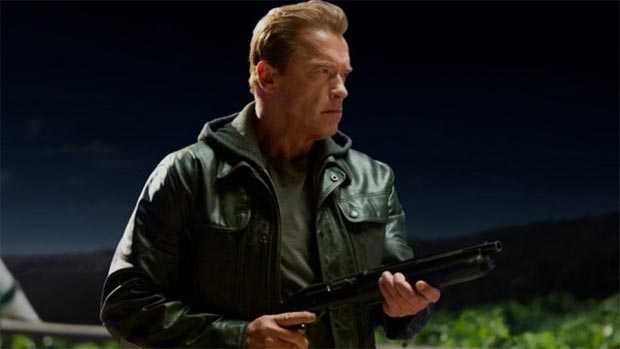 As Jack Mclean you’d be used to that?

Compared to Jack Reacher how was prep for this movie?

For this (Terminator) there was a lot of weapons work. Physically it was probably the most demanding movie I’ve done.

The brief early on was that maybe he (Kyle Reece) doesn’t eat three meals a day having been in a future resistance. I have to get as skinny as I could while staying kind of strong and fit. That was hard and took a lot of discipline. 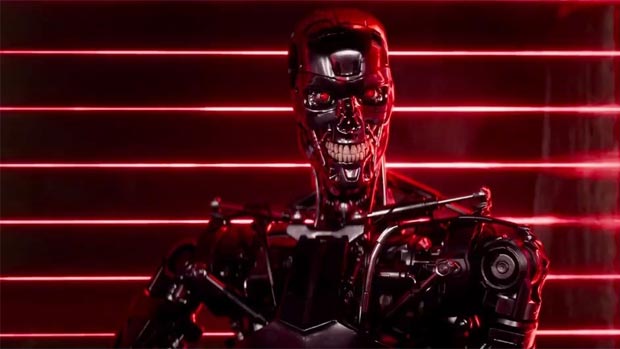 Divergent, Jack Reacher, Terminator and Suicide Squad next, what are your thoughts about your recent career opportunities?

Don’t get me wrong, I’ve gotten to work with some of my heroes and that never gets old. At the end of the day there’s a job to do and I don’t place too much emphasis on who I’m working next to. The people you work with are colleagues and we’re all there to achieve a goal. But yeah, it’s become normal relatively quick.

I think Jack Reacher desensitised me a bit. 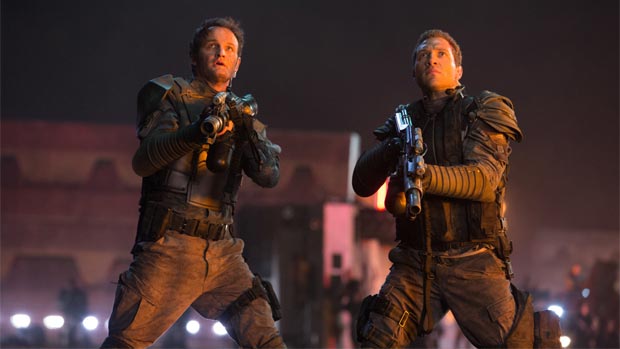 How did the role for Kyle come up?

Initially I didn’t fit into the age for Kyle. I think something changed with that but when I read the script I was immediately keen on it. I was working on the Gold Coast on Unbroken when the call came telling me they wanted to test me (for Kyle) with Emilia. I flew to L.A that same morning then got on a plane that night and came back to work. It was a big trip but I’m glad it paid off.

It was great. He sort of injected a sense of drama that’s easily lost on a set like that. He kept it grounded. It needs to be handled with care because these films don’t work without a relationship. You can have all the robots and explosions in the world but it’s not going to work. 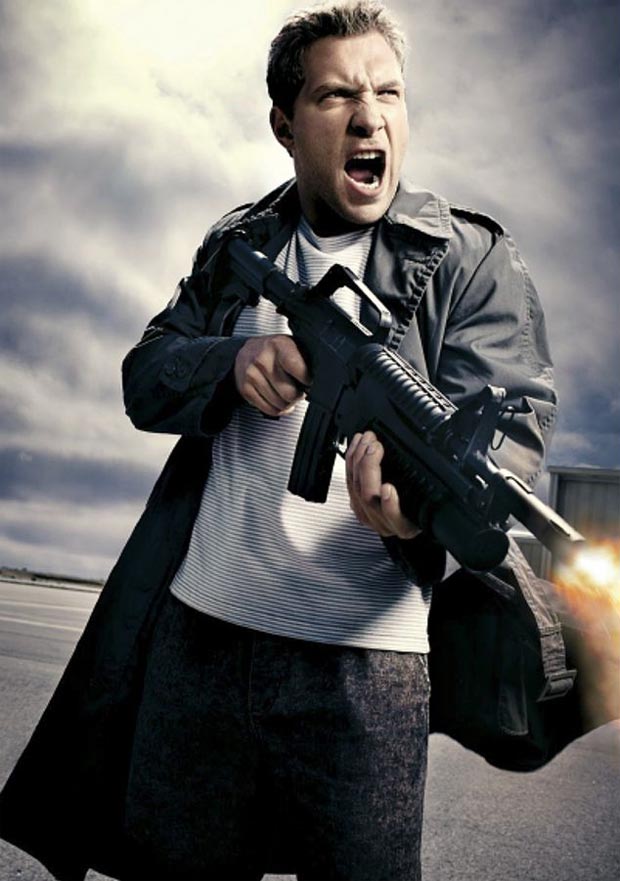