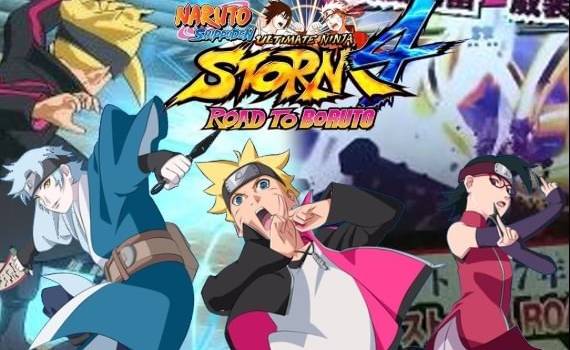 Starting today, fans will be able to dive into the Fourth Great Ninja War from Naruto Shippuden and experience the story of Naruto’s son Boruto Uzumaki for the first time on Nintendo Switch!

In NARUTO SHIPPUDEN: Ultimate Ninja STORM 4 ROAD TO BORUTO, the shinobi world must face a new threat. As he prepares his ninja examination, Boruto is dragged into a brutal battle against Momoshiki and his servant Kinshiki. Will he be powerful enough to defeat them?

This latest installment of the Ultimate Ninja Storm series features all previously released DLCs. Players will be able to choose from a roster of 124 ninjas, the largest of the series!

In this Nintendo Switch version, fans will be able to play as Momoshiki and Kinshiki and customize their favorite characters with 11 new costumes from the Boruto Era. This content will also be available to those who purchased either NARUTO SHIPPUDEN: Ultimate Ninja STORM 4 ROAD TO BORUTO or NARUTO SHIPPUDEN: Ultimate Ninja STORM 4 for PS4, Xbox One and PC through a paid DLC, with an additional bonus theme for PS4 users.