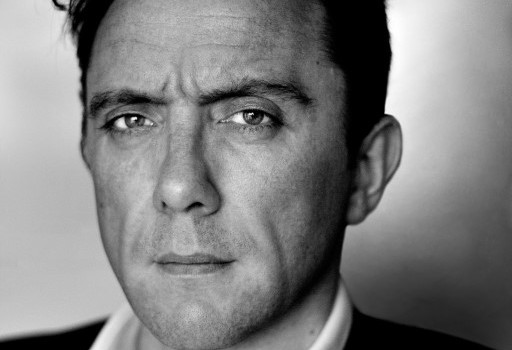 SYDNEY, AUSTRALIA – 30th January 2014 – NAMCO BANDAI Games is pleased to announce today that Peter Serafinowicz will lend his voice to a brand new character in DARK SOULS$B!!(BII. DARK SOULS II is still scheduled to launch in Australia and New Zealand on March 13, 2014 for the PlayStation®3 computer entertainment system and the Xbox 360® games and entertainment system from Microsoft. DARK SOULS II for PCs will launch in Australia and New Zealand shortly after in 2014.

Peter Serafinowicz amazing work includes his well-known dubbing as the voice of Darth Maul in Star Wars Episode I: The Phantom Menace, but that$B!G(Bs not it. Having more than one trick up his sleeve, he has appeared in a variety of excellent British and American comedies such as Shaun of the Dead, Parks and Recreation and South Park and will be part of the cast of this year awaited big movie Guardians of the Galaxy. He also has a great experience in voice acting for video games like Star Wars: Battlefront II or Lego City Undercover.

In addition to being a very talented comedian, Peter Serafinowicz is a huge fan of DARK SOULS. When asked about the game, Peter said $B!H(BDARK SOULS is the most engrossing game I$B!G(Bve ever played. For me, it$B!G(Bs the best game of all time$B!I(B. DARK SOULS lovers can be sure that with Peter$B!G(Bs excellent and unique career as an actor and his strong appeal for the game, he will be a great asset to the DARK SOULS II cast in order to bring you not only the most challenging game of this year, but also the most immersive experience the DARK SOULS franchise has ever offered to its survivors.

Peter will dub a new character named Mild-mannered Pate. Players will encounter this mysterious man during his journey in search of treasure. He may teach players a few tricks of his own in order to survive during their quest. Will they dare to trust this enigmatic character?

$B!H(BWe cannot wait to have players all around the world experiencing the challenging yet addictive universe of DARK SOULS II$B!I(B said Hiroaki Ochiai, Senior Vice President of IP Strategy at NAMCO BANDAI Games Europe. $B!H(BOn top of that, everyone is eager to witness the awesome work the cast of actors -and especially Peter Serafinowicz- made to create the great game that players deserve!$B!I(B