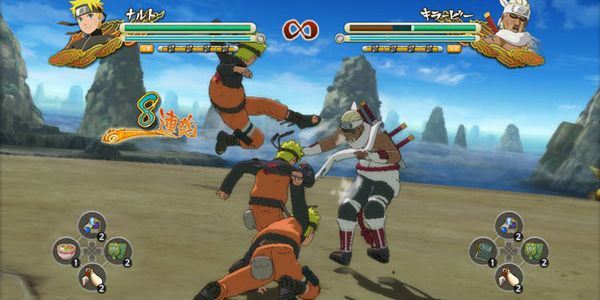 With this new game, the NARUTO SHIPPUDEN: ULTIMATE NINJA STORM series is reaching a new threshold of playability and perfection: astonishing animation and visual effects, dynamic ninja-fighting battles and tons of characters! Thanks to the new gameplay mechanics, players will perform shattering Combination Ultimate Jutsu attacks and combine powers to create un-equalled techniques! Topping all those amazing features and enhancements, gamers will enjoy a roster of 100 playable characters!

“We’re excited to continue in the NARUTO SHIPPUDEN: ULTIMATE NINJA STORM tradition, and bring a new game with such a rich and renewed content to fulfil all of our fans’ expectations!” said Mathieu Piau, EMEA Marketing Director for NAMCO BANDAI Games Europe, “Boasting an unprecedented number of characters, plus a Kishimoto-sensei exclusive, NARUTO SHIPPUDEN: ULTIMATE NINJA STORM REVOLUTION will have a lot on offer for fans of the NARUTO series!”