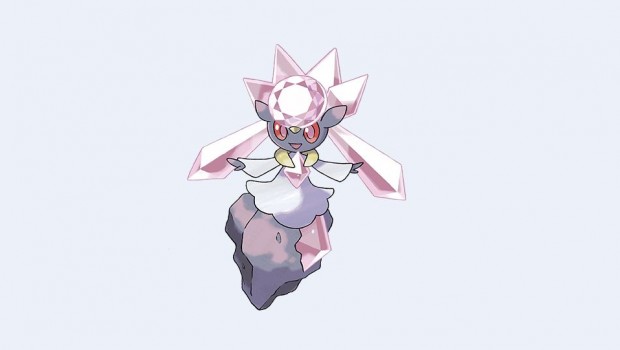 27th October, 2014 – Players can get the long-awaited Mythical Pokémon Diancie for Pokémon X or Pokémon Y from November 10 through to November 28, 2014 via a special code distribution at selected retailers*. Once players receive Diancie, they can transfer it into Pokémon Omega Ruby or Pokémon Alpha Sapphire when the video games launch 21st November in Australia and New Zealand for Nintendo 3DS and 2DS systems. After obtaining the Diancite Mega Stone in the new games, players can Mega Evolve Diancie into Mega Diancie during battles. As a special treat, fans that attend screenings of Pokémon the Movie: Diancie and the Cocoon of Destruction at Hoyts Cinemas in Australia and New Zealand on 8th or 9th November can get their hands on the special code distribution for Diancie before it becomes available at selected retailers on 10th November. Also, Pokémon X and Pokémon Y video game players in Australia and New Zealand are reminded to pick up their special Shiny Gengar holding a Gengarite Mega Stone via a special code distribution currently running at selected retailers* until 5th November. Players can Mega Evolve this Shiny Gengar into Shiny Mega Gengar during battles.
Be sure to visit Pokémon.com.au, like the official Pokémon Facebook page at Facebook.com/Pokemon, and follow Pokémon on Twitter @Pokemon to receive the latest Pokémon news. * EB Games, JB Hi-Fi, Big W and Target stores in Australia. EB Games and JB Hi-Fi stores in New Zealand.