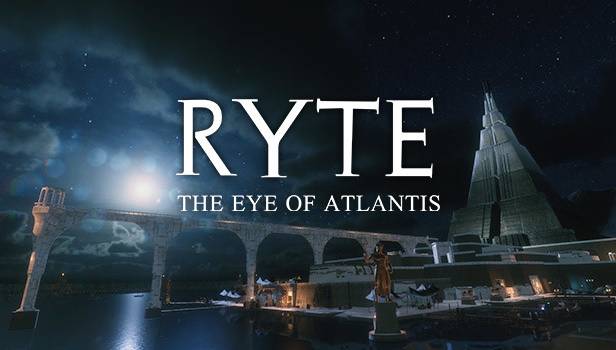 Orichalcum Pictures, a hybrid production company founded to explore archaeology through a multimedia lens, announced today that their ancient Greece and Myst-inspired VR adventure game, Ryte: The Eye of Atlantis, is now available for Steam VR for $19.99 and will land on Oculus in the next couple of weeks. Set in a dreamlike, semi-realistic depiction of Atlantis, players are able to wield remarkable abilities as they learn to read the stars, solve challenging puzzles and find their place in a battle that will determine the future of the long lost paradise.

“Ryte: The Eye of Atlantis melds the captivating mechanics of classic graphic adventure games like Myst with accurate descriptions from ancient Greek philosophers like Plato,” says Clovis Rossillon, President of Orichalcum Pictures. “We can’t wait for players to explore our authentic, true-to-life vision of Atlantis while forging their own venerable epic in virtual reality.”

As alternate history fans take in outdoor markets and sacred temples filled with believable occult artefacts and statues, they’ll form alliances with Atlanlean natives like Danae and learn how to exercise telekinetic abilities of repulsion and attraction in order to circumvent cleverly designed obstacles. Every decision and discovery determines one of four distinct endings and the fate of Atlantis and oneself.

Ryte: The Eye of Atlantis (Oculus Rift, Oculus Rift S, HTC Vive, Vive Cosmos) is now available on Steam VR for $19.99 and will be on Oculus store later in February. For more information, please visit the title’s Steam, like the game on Facebook, follow the game on Twitter, and subscribe to the title’s YouTube channel.